Govt urged to allocate 7% of GDP for healthcare

KUALA LUMPUR: Klang MP Charles Santiago (pic) has called upon the Government to allocate an additional RM20.7bil for healthcare spending so that medicine can be more affordable for Malaysians.

Santiago said that the additional allocation for healthcare could be realised by transferring RM12.4bil from the Prime Minister's Department and RM8.3bil from the Defence Ministry.

"This would give a further injection of RM20.7bil to the Health Ministry's existing budget allocation, consistent with the 7% (of GDP) recommendation by the World Health Organisation (WHO)," he said during a press conference at Parliament on Tuesday.

During the tabling of Budget 2018 in October, Prime Minister Datuk Seri Najib Tun Razak said that RM27bil would be allocated to healthcare spending, a RM2bil increase from the previous year's budget. 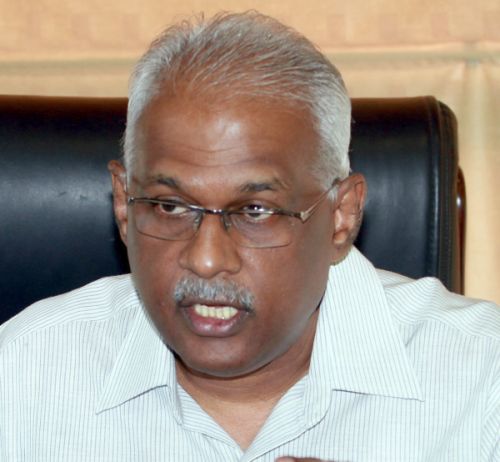 Santiago said that affordable healthcare for Malaysians is crucial, quoting Health Minister Datuk Seri S. Subramaniam as saying that 39% of private medical healthcare expenditure was "out of pocket" spending.

"Therefore, the purpose of the fund transfer is to ensure that the Health Ministry has sufficient money to grant access to affordable medicine for all Malaysians," he added.

At present, government healthcare spending stands at 4% of the nation's GDP (Gross Domestic Product), said Santiago, while pointing out that neighbouring countries such as Cambodia and Vietnam's healthcare spending consisted of 5.7% and 7.1% of their respective GDP.

"In fact, Malaysia has one of the lowest health expenditure to GDP in the world," he claimed.

He, however, lauded Putrajaya's efforts in reducing the price of the Sofosbuvir medication for local Hepatitis C patients, where treatment could cost as much as RM500 in public hospitals.

"Now, the Government needs to support cancer patients without further delay," he said.