Fake dentist gave herself away 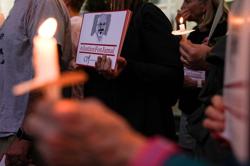 MELAKA: Nur Farahanis Ezatty Adli, the woman at the centre of the fake dentist controversy, lodged a police report claiming that two patients did not pay her for dental services she provided.

It turned out to be a self-inflicted “injury” as it put her on the radar of the state Health Department, which started tracking her.

Eventually, enforcement officers from the department raided the homestay where she was offering unlicensed orthodontic services on Jan 25, after gathering enough evidence against her.

But she remained unrepentant, continuing with her “business” even after the raid.

The report suggested that she was already fitting braces at age 19, when she was a student at a vocational college here.

That was when the department raided the homestay.

A 38-year-old restaurateur in Jalan Hang Tuah here said Nur Farahanis set up a “consultation space” at his premises and more than 10 customers came to see her in just a few hours sometime in mid-June.

“Her father asked me to give his daughter a chance to promote her services and I obliged,” claimed the man, who requested anonymity.

He said she earned RM6,000 in a day by offering packages of RM650 for full braces and RM350 for a partial fitting.

“Her customers were mostly college students. There were also a number of working people who came to see her,” he said, adding that she paid him a token sum for using his restaurant as a base.

However, after he learnt that she had been the target of a raid earlier, he shied away from any further association with her.

“She carried out the illegal service even after the raid. I won’t allow her to use my premises again,” he added.

Melaka Health, Sport Develop­ment and Anti-Drugs Committee deputy chairman Datuk Ng Choon Koon said the Health Department “had no intention of victimising anyone” and would not take action against innocent parties.

“The Health Department’s responsibility is to eradicate such illegal services and we have acted against other fake dentists before,” he added.

He said there were five other people – three women and two men – at the homestay during the raid.

He added that the enforcement officers also seized several items at the scene, but a receipt book they confiscated was allegedly grabbed by her parents following a ruckus during the raid.

Ng said a 43-year-old dental officer from the Health Ministry also lodged a police report on Jan 26 over alleged intimidation by one of the woman’s family members.

A man who was getting his braces fitted during the raid said he was recommended by a friend.

Ahmad Firdaus Abd Hafiz, 25, claimed he approached the woman voluntarily and never lodged a report with the Health Department or police but was asked to sign a document because he was present during the raid.

“I gave her RM300 for her services, although she never asked for any money,” he claimed.

A check at the homestay yesterday found it closed.

One of Nur Farahanis’ customers, who wanted to be known only as Julie, said the fee was much lower than what dentists would charge.

“It’s definitely less than the RM2,000 a dental clinic would charge,” she said, adding that she may now have to see a proper orthodontist to remove the braces after reading about the case in the media. 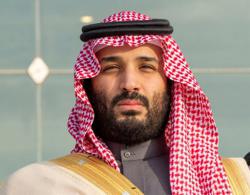 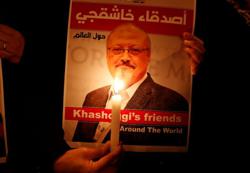