KUALA LUMPUR: A car accessories and spare parts company owner was fined RM37,000 by a magistrate's court here for six counts of failing to keep his company's business records as required by the Inland Revenue Department (IRD).

Powertech Cash & Carry owner Tang Siew Meng, 47, was fined after he pleaded guilty to the charge before magistrate Zuhair Rosli on Thursday.

Tang was also ordered to be jailed 12 months if he failed to pay the fine. He, however, paid the fine.

He was charged with failing to keep records pertaining to the company's income or losses including sales ledger, general ledger, payment voucher and receipt of acceptance, between 2010 and 2015 tax assessment to the IRD chief.

Earlier in mitigation, Tang said he was the sole breadwinner of his family and hoped that the court would give him a lighter sentence.

IRD prosecuting officer Mohd Shafuddin Hasan said the offence committed was serious one as there were elements to avoid tax. 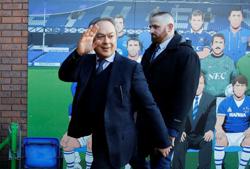