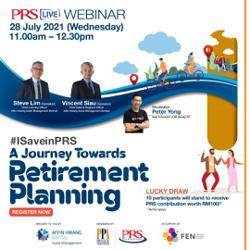 PETALING JAYA: The Private Retirement Schemes (PRS) has hit a quarter of a million members, a record milestone for the voluntary retirement savings scheme.

In a statement on Monday, PRS central administrator Private Pension Administrator (PPA) said that the achievement was driven by key stakeholders; the PPA, the Securities Commission Malaysia as regulator, and the eight PRS providers who have constantly collaborated to elevate the industry to a higher level.

“The incentives offered by the Government – annual tax relief for both individual (up to RM3,000) and employer contributions (up to 19% of employees' remuneration), and the one-off RM1,000 incentive to qualified Youth members, have also helped to shape the saving behaviours with the PRS,” it said.

To spur further growth, PPA will continue to roll out more campaigns and introduce value-added services to encourage more Malaysians to save for their retirement.

PPA will launch the nomination process on Aug 1, enabling PRS contributors to name their nominees that will facilitate and expedite the withdrawal of their PRS balance in the event of their demise.

The nomination document will supersede all wills.

“We expect 20% of PRS members to submit their nominations within the first 12 months. Your gift of love can continue with a simple nomination for those you care most,” said PPA chief executive officer Husaini Hussin.

Members can walk into any of the provider’s offices, or reach out to their PRS consultants. Currently, there are over 20,000 registered consultants nationwide.

Additionally, PRS members who suffer from permanent total disablement, serious disease or mental disability will now be able to withdraw the full sum of their PRS account. This new service will help expedite members’ access to their PRS account during their time of need.

The full sum can also be withdrawn when members reach 55 years, migrate from Malaysia, or in the event of death. 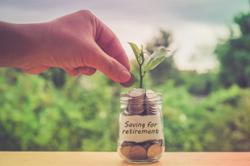