Clinics closed due to poor business

PETALING JAYA: As many as 500 clinics run by general practitioners (GPs) were estimated to have closed between 2014 and 2016 due to poor business.

And the Malaysian Medical Association (MMA) is worried that the situation may worsen.

The findings from Study on the Health Economics of General Prac­titioners in Malaysia: Trends, Chal­len­ges and Moving Forward in 2016 revealed that the expenses for ma­­na­ging GP services had increased over the years due to changes in po­­licies as well as the involvement of the unregulated third party administrators (TPAs), said Dr Ravindran.

The findings showed almost 70% of clinics saw fewer than 30 patients a day, while the operating cost of a clinic in an urban area ranges from RM50,000 to RM60,000 a month.

“With the drop in number of patients and increasing cost, it will eventually lead to the natural death of the GP practice,” said Dr Ravin­dran, adding that prior to this, instances of clinics closing down were rare as they would typically be sold or passed on to others to run should the doctors retire or migrate.

Dr Ravindran argued that TPAs must take the main share of the blame as they had removed some patients from GPs.

“They negotiate with companies and take away patients from one cli­­nic and pass them to other cli­nics,” he said, adding that TPAs place restrictions on consultation fees, types of medication prescribed, while charging GPs a fee for every patient they see.

Contributory factors, said Dr Ravindran, include the overproduction of doctors and the introduction of the contract system for those in public service.

He said as the Government would only take 50% of the doctors after a four-year contract, the rest are likely to become GPs, thus saturating the sector even further.

The solution to this, argued Dr Ravindran, is that the Government has to cut down on the number of students studying medicine as there were 5,000 medical students graduating each year.

“The other alternative is to build more hospitals while all medical colleges should have their own hospitals,” he said.

The vice-president of the Medical Practitioners Coalition Association of Malaysia, Dr M. Raj Kumar, agrees that clinics seeing below 30 patients a day were unsustainable.

“A clinic needs at least 30 patients, depending on locality,” he said, adding that operating costs have skyrocketed in recent years such as the various licences needed for the practice, medicine costs that in­­crease every six months, the introduction of GST, and rise in wages for nurses and assistants.

“The poor economy is also for­cing the public to visit government clinics,” he said.

Doc winding down practice to pursue medical tourism in Japan 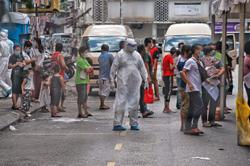 MMA: General practitioners should get allowance too