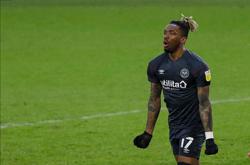 JOHOR BARU: The 11-year-old boy whose legs were amputated following alleged physical abuse by an assistant warden at a religious school in Kota Tinggi has passed away.

His father, Mohd Gaddafi Mat Karim, 43, confirmed that his son passed away at around 2.05pm at Hospital Sultan Ismail on Wednesday while they were reciting prayers for his recovery.

Mohamad Thaqif Amin Mohd Gaddafi (pic) was due to have his right arm amputated on Wednesday morning.

However, the procedure had to be cancelled as the boy's heart rate and condition were not stable.

His aunt, Dzuraidah Ahmad, 38, said the decision to amputate her nephew's right arm came after there was no improvement to the condition of the limb.

It was reported that Mohamad Thaqif's right arm and fingers had turned black due to damaged blood cells and tissue despite showing signs of improvement on Sunday.

Mohamad Thaqif earlier had both his legs amputated due to an infection following the alleged abuse by the school's assistant warden.

The suspect, 29, an ex-convict, reportedly whipped the boy and several other students with a water hose to punish them.

Pupil: I cannot stand it anymore

Schoolboy’s arm not responding to treatment

Boy whose legs were amputated could also lose hand