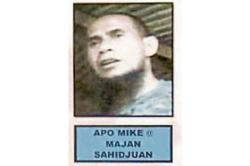 LAHAD DATU: A chilling plan to carry out large-scale kidnappings of foreigners from tourist island resorts in Sabah and the central Philippines has been foiled following the death of Abu Sayyaf leader Muamar Askali @ Abu Rami in Bohol and the surrender of 11 sub-leaders in Tawi Tawi.

The threat is still present, however, and security forces of both countries remain on alert.

According to Philippine and Malaysian intelligence sources, Abu Sayyaf leaders had been drawing up plans over the last few months to abduct Caucasian tourists from Sabah islands close to the southern Philippines.

“They wanted to kidnap about a dozen or two dozen tourists not only for money, but also as human shields to stop the ongoing military offensive against them in their strongholds in Jolo island,” said an intelligence source.

Raw intelligence reports, dated mid-February and sighted by The Star, said dozens of heavily-armed Abu Sayyaf gunmen in seven speedboats had left Patikul in Jolo and arrived at Cagayan Sulu island in Tawi Tawi, the southern Philippines, which is minutes away from Sandakan waters in Sabah.

The gunmen were from three Abu Sayyaf sub-groups led, respectively, by Al Habsi Misaya, Salip Mura and Hatib Sawadjaan @ Salihin Sawadjaan. They were armed with an assortment of weapons including 76 rifles and grenade launchers.

The report stated that among their targets were Pulau Selingan, the famous turtle island; fish farms in Sandakan waters; and Pulau Langkayan in the waters of Beluran on Sabah’s east coast.

Cagayan Sulu is about 30 minutes by high-powered speedboat – the Abu Sayyaf boats were said to be 400hp to 600hp – to the islands of Langkayan and Selingan. It is also about 90 minutes to Jolo where hostages are typically held.

“It has been learnt from numerous sources that the mastermind of the attack plan was Al Habsi, who wanted to carry out a large-scale kidnapping of tourists from the east coast of Sabah,” the report stated.

However, the plan was thwarted when Malaysian security forces were alerted to their presence in the Tawi Tawi island chain, and to their planned kidnappings.

“Our security forces secured all entry points along the Sulu Sea. All frontline outposts were placed on high alert and were ready to strike back,” said an intelligence source.

The source added that after failing to enter Sabah waters, the Abu Sayyaf gunmen attacked a Vietna­mese cargo vessel, the MV Giang Hai sailing from Makassar, Indonesia to the Philippines. They grabbed six crewmen and killed another man on Feb 17.

The gunmen made several other raids, including attacks on at least two fishing boats close to Sabah waters.

The Philippines has also put its military’s Special Action Force in place at various islands along Tawi Tawi, Jolo and Basilan to stop the gunmen from slipping out of their stronghold, which is under constant military bombardment.

Abu Rami, however, managed to slip out of Jolo on April 6 with his group. They went to Bohol in central Philippines to hide out and launch kidnappings at tourist islands around the Visayas islands.

The media-savvy Abu Sayyaf leader was killed along with five of his men in a gun battle on April 10.

The 11 gunmen – from the Tawi Tawi-based Abu Sayyaf sub-group comprising the Sairul and Dambong families – have been making forays into Sabah waters since late 2013 and were the main suppliers of kidnap victims to Al Habsi, Abu Rami and other sub-commanders in Jolo, the sources said.

The Tawi Tawi group, led by Berong Sairul @ Boy Master and his second-in-command Ben Saudi Dabong @ Boy Pangit, had used Bulu Bulu Island close to Mataking Island in Sabah waters off Semporna as their base.

Philippine intelligence is also not ruling out that the 11 who surrendered, along with Abu Rami’s group, could have been planning to kidnap foreign tourists in Sabah waters and the tourist resort of Bohol during the Easter weekend holidays.

They said the death of Abu Rami and the surrender of the 11 might reduce imminent threats in Sabah waters although Malaysian security forces are not ruling out the possibility of new kidnap-for-ransom leaders emerging.

“Their kidnap operations will be temporarily halted. But we cannot be too happy because if one (Abu Sayyaf leader) is gone, another will be ready to take over. We have to be careful,” he said.

The last large-scale kidnapping in Sabah took place at the diving haven of Sipadan island on April 23, 2000, during the Easter holidays.

A total of 21 hostages including 10 foreigners were grabbed from Sipadan and held in the jungles of Jolo for nearly six months until they were freed when millions of dollars in ransom were paid.

An intelligence officer said that if the latest kidnappings had been carried out, it would have been on a similar scale.

“It would have been Sipadan part two,” he said. 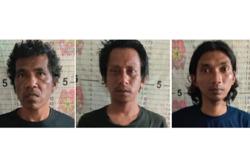 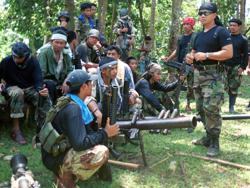