PETALING JAYA: Actress, model and entrepreneur Noor Neelofa Mohd Noor is among the Malaysians to make Forbes’ 30 Under 30 Asia 2017 list under the Retail and E-Commerce category.

The list features 300 young innovators, entrepreneurs and leaders – 30 in each of the 10 categories – who are challenging conventions and making an impact in today’s world, Forbes said on its website.

Neelofa, the founder of NH Prima International Sdn Bhd, was recognised for launching a modest fa­­shion business catering to young stylish Muslim women, inspired by her donning of the hijab.

The 29-year-old entrepreneur has credited her success to entering the market at the right time, while Forbes added that her social media marketing strategy – supported by millions of her fans on Instagram – also played a big part in expanding her business.

Her Naelofar hijab line is sold in 38 countries, including London’s upmarket Chelsea district.

“I wanted to use my success as an example to inspire women not just to make money but also to have confidence in themselves, be strong and not necessarily rely on men,” reads Neelofa’s quote on the Forbes site as a Featured Honoree in her category.

Another Malaysian listed in the same category is 29-year-old Vivy Yu­­sof, co-founder of FashionValet – a site that carries Asia’s top designer labels.

FashionValet now has 30 em­­ployees and carries more than 400 brands from across the region, as well as Vivy’s own line of scarves and branded accessories.

“We celebrate the achievements of a number of talented women, some of whom have actually risked their lives for what they believe in,” Forbes wrote.

“We include Malaysian entrepreneurs like Neelofa and Vivy who have launched successful businesses and are shattering stereotypes about Muslim women.”

Sasha Tan, 26, was also included in the same category. She is the founder and CEO of Favful, a TripAdvisor-like platform for beauty products.

Malaysia-born fashion designer Edmund Ooi, 29, was included in the 30 Under 30 Asia: The Arts ca­­tegory for his successful line of menswear launched in 2014.

Ooi, who is based in Belgium, was invited to international menswear and accessories event Pitti Immagine Uomo to participate in a project featuring talented and promising international designers, as well as the Vo­­­gue Italia x Elite World Model Look Collaboration in Shenzhen in 2015.

Galvanised by the traumatic events of her father being murdered by gangsters, Jazz Tan Yee Mei, 27, started YouthsToday in 2013 to help get kids off the streets by putting them in youth development programmes.

She is one of two Malaysians listed in the Social Entrepreneurs category.

Also in the same category is Mohd Lutfi Fadil Lokman, 29, who co-found­ed Hospitals Beyond Boun­daries.

The Malaysia-based organisation builds healthcare facilities in the country and Cambodia, in addition to training local residents to be community health workers.

Business partners Chee Hau Goh, 28, and Nadhir Ashafiq Zainal Abidin, 29, who founded TheLorry in 2014, made it to the Industry, Manufacturing & Energy list.

Gobi Partners vice-president Victor Chua, 29, was the only Malaysian in the Finance and Venture Capital category.

He joined China-anchored Gobi Partners in 2015 to invest its South-East Asian fund of US$15mil. Chua has backed 32 startups and emer­ging companies since then.

The Malaysian honoree in Media, Marketing and Advertising this year is OpenMinds Resources founder Jan Wong, 30.

Wong founded the digital consul­ting startup, which has seen its re­­venue grow to millions in five years.

OpenMinds Resources works with brands both here and abroad, and recently expanded to Hong Kong.

For the complete list, feature stories and videos, visit www.forbes.com/30-under-30-asia/2017. 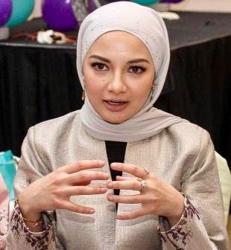