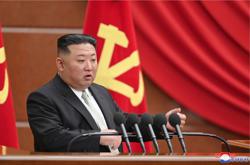 PETALING JAYA: CCTV cameras at KLIA2 have captured a clearer image of a woman believed to be one of the assassins who killed Kim Jong-nam, the half-brother of North Korean leader Kim Jong-un.

The image zooms in on the alleged killer's features, depicting her to be middle-aged and of Asian descent.