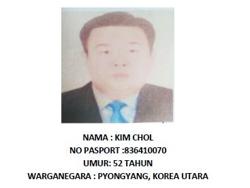 PETALING JAYA: A North Korean man died at the Kuala Lumpur International Airport 2 (KLIA 2) on Monday but his identity is still unknown, says police, amid reports that it was Kim Jong-nam, the estranged half-brother of North Korean leader Kim Jong-un.