PETALING JAYA: A Malaysian has won a transsexual beauty pageant in Australia.

Raveena, who is a pastry chef with a diploma from the world-renowned Le Cordon Bleu culinary school, also won a gift voucher worth US$15,000 (RM66,450) from Bangkok’s Kamol Cosmetic Hospital during the ceremony on Saturday in Melbourne.

“Congratulations to our very own Malaysian Transsexual rep Laeticia Phylliscia Raveena for your victory as Miss Transsexuals Australia. You deserved to be the queen,” Nisha said in a Facebook post on Sunday.

“Beside her is the winner for Miss Gay Australia. I’m happy that they divided the pageant to Miss Gay and Miss Transsexuals that shows the organiser is aware of the difference and diversity of gender identity, sexuality and expression within the umbrella term of Transgender. Congrats again to you dear Laeticia .You made the community proud,” she wrote.

The annual pageant, founded in 2009, is the biggest beauty pageant in Australia for female impersonators, transsexual and drag queen performers and transgender women. China's drag queens no longer content to wait in the wings 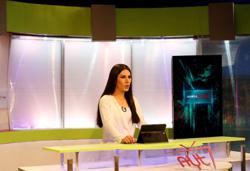