English proficiency still a big problem for many M’sian grads PETALING JAYA: Malaysia is ranked 12th out of 72 countries based on English skills, according to a proficiency index done by Education First, a global organisation founded in Sweden.

The Netherlands, Denmark and Sweden were in the top three positions. Singapore is the highest ranked Asian country at No. 6.

That sounds fairly good for Malaysia. But is it really?

Some of them could not even construct proper sentences nor convey the message in a conversation, he said. He related his experience interviewing a job seeker who spoke in Bahasa Malaysia despite being questioned in English.

“After the third response, I got irritated and asked him ‘what’s your problem?’

“He said he could understand my questions but he could not speak English.

“And we’re talking about a university graduate where everything else looks all right on paper,” said Shamsuddin.

He said there was a need for students to improve their communication skills both orally and in writing.

“One of the ways is to take up short courses which will involve some funding but if they cannot do that, they can try watching some videos and try to improve their English.

“It is also important for school authorities to come up with programmes for students to make them communicate in English such as selecting a day or two every week where students are only allowed to speak English,” he said.

In the Salary Surveys 2016 by MEF, it found that more than 90% of respondents indicated the need for graduates to improve their English proficiency to become more employable.

Malaysia scored 431 in reading under the Programme for International Student Assessment (Pisa) 2015, which is still way below the global average score of 493.

Based on the 2015 score, Malaysia is ranked 49th out of some 70 countries for reading and neighbouring Singapore is right on top of the leaderboard, scoring 535. 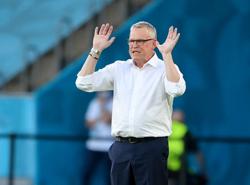