PETALING JAYA: A video showing a man repeatedly beating another person with a bamboo stick has gone viral.

The 51-second video that was uploaded by Parti Cinta Malaysia (PCM) vice-president Datuk Huan Cheng Guan on Monday morning shows the victim backed against the corner of a bedroom, pleading for the caning to stop.

The attacker is seen taking off his sling messenger bag to repeatedly cane the victim's legs.

Another man, seen in the video looking on from the bedroom door, appears to make no effort to stop the violent onslaught.

It is not known what caused the altercation or when the incident took place.

The video has since been shared over 7,000 times on Facebook and received over 900 comments.

Many netizens have urged the police to investigate the beating. 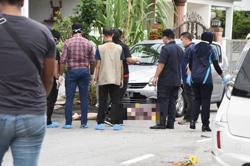 Man repeatedly run over, then beaten to death by friend 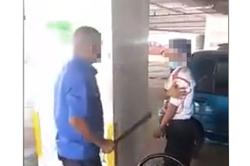