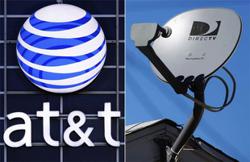 SINGAPORE: Penny stock crash "mastermind" John Soh Chee Wen (pix), who along with a number of individuals were under investigation for the 2013 penny stock crash, has been arrested by authorities and will be charged on Friday, The Straits Times has learnt.

Described by the Public Prosecutor in January as "mastermind" behind the infamous penny stock crash which wiped out S$8bil in market value in just days in October 2013, Soh, 57, will be charged on Friday for his role in Singapore's biggest securities fraud case, his lawyer Tan Chee Meng told The Straits Times.

The Public Prosecutor in January had indicated that charges were expected to be filed by the end of the year.

Brokerage firms, remisiers, dealers and small investors were among the casualties of the meltdown. Many lost large sums. Banks and brokerages lodged lawsuits to get clients to pay up. Investor confidence was hit and trading volumes on the Singapore Exchange (SGX) sharply fell off.

The Straits Times reported that a significant development came in the week in January this year at a public hearing in the High Court.

It emerged that Soh was assisting the authorities with their investigations when he applied to vary his bail to be allowed to travel to Malaysia.

Soh was once one of Malaysia's biggest stock market investors. His fortunes soared in 1996 from a partnership with Ling Hee Liong, son of former Malaysian transport minister Tun Dr Ling Liong Sik. They subsequently fell out.

He had started out as a salesman but later cut his teeth on restructuring troubled companies. He went on to build several companies in sectors such as construction and hospitality. By the mid-1990s, he was making headlines dabbling in numerous mergers and takeovers.

Soh was linked to listed Malaysian entities, including Promet; Uniphoenix Corp; Plantation and Development; and Kelanamas Industries, most of which went under in the 1997-1998 Asian financial crisis.

In 1995, he became the largest shareholder and director in Singapore-listed Inno-Pacific Holdings, now known as Innopac, and also controlled Ipco International. But he stepped away from those companies around 1999.

In 1998, Malaysia's Securities Commission launched an investigation into whether Soh used nominees to gain control of brokerage firm Omega Securities, violating a Malaysian law that forbids anyone from owning more than one brokerage without government approval. He already controlled at least one other brokerage.

In 1999, there was an arrest warrant put out on him, when he was out of the country.

He returned to Malaysia in 2002 and was immediately arrested. He was charged and convicted in 2007. Soh admitted to abetting former TA Securities boss Tiah Thee Kian to provide false statements to the Kuala Lumpur stock exchange involving shares of Omega Securities in 1997. He was given the maximum fine of RM6mil. - The Straits Times/Asia News Network