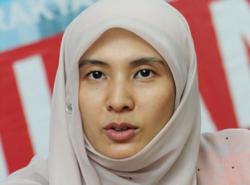 PETALING JAYA: The Malaysian Islamic Development Department (Jakim) has recommended that pretzel store franchise Auntie Anne's change the name of its "Pretzel Dog" to "Pretzel Sausage" in order to receive a halal certification.

"The improvement process is being conducted from time to time.

"Malaysia's good name as a pioneering 'halal global' figure needs to be improved.

"To avoid this issue at the global stage, the panel has decided not to use such a name," he said via WhatsApp Tuesday.

In a statement earlier, Jakim clarified that the body did not label Auntie Anne's as not halal.

Jakim explained that Auntie Anne's food products were in the process of getting a Malaysian halal certification.

It said that this was done after some improvements to the franchise's application.

This week, Jakim's rejection of Auntie Anne's halal certification application went viral on social media and blogs, with many Muslims questioning the halal status of the food items.

In response, Auntie Anne's Quality Assurance (QA) and Halal executive Farhatul Kamilah explained in a Facebook post on Monday that a halal application had been rejected due to the "hot dog" name and technical issues.

Jakim wanted Aunty Anne's to rename the food product and reapply for the halal certification for its outlets based on zones to facilitate the auditing process.

Previously, the company had registered for halal certification for all 45 outlets under one application.

Farhatul had assured customers that Aunty Anne's is in the midst of obtaining the certification.

Muslims see dogs as being unclean and canine-related issues in Malaysia have sparked controversy in the past.

However, most Malaysians are aware that “hot dogs” and other items like “root beer” do not contain dogs or beer. 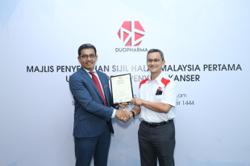