KOTA KINABALU: It came as a shock to even the most seasoned graft-busters.

In the biggest ever seizure in its 49-year history, the Malaysian Anti-Corruption Agency (MACC, formerly the Anti-Corruption Agency) recovered RM114mil from the top two officials of the Sabah Water Department – including RM53.7mil in cold hard cash that took more than 30 officers 15 hours to count.

Also recovered from the homes and offices of the department’s director and his deputy were nine mostly luxury vehicles, expensive watches, jewellery and 94 high-end handbags.

The cash – RM45mil seized from the director and RM7.5mil from his deputy – was found stashed inside safes, cupboards, drawers and also a car boot, according to the MACC.

Also seized was RM1.18mil in over half-a-dozen foreign currencies.

The two senior state civil officers were arrested yesterday and remanded for a week for investigations into alleged kickbacks invol­ving RM3.3bil worth of federal projects.

“It is the highest amount of cash we have ever recovered in our history as MACC or when we were known as the Anti-Corruption Agency,” newly-promoted MACC deputy chief commissioner (operations) Datuk Azam Baki told a news conference here.

Lap of luxury: The MACC displaying the cars seized from both the director and his deputy during the press conference in Kota Kinabalu.

A 55-year-old businessman with a Datuk title, who is believed to be the brother of the deputy director, and his company accountant have also been arrested in connection with the probe.

In what is shaping up to be the nation’s biggest corruption and money laundering investigations, the MACC has frozen some RM60mil in accounts of the two officials and also the company they purportedly have links to.

“In cash and bank accounts, we have seized RM114mil in total,” Azam said.

MACC, he added, believed that a large sum of money might also have been channelled to bank accounts in a neighbouring country.

“We will make an effort to get the money back,” he said without disclosing the country or the suspected amount in the accounts.

MACC is also in the process of trying to open five safes at a bank where they expect to recover more cash, said Azam, adding that they needed to follow bank rules to access the safes.

The bags in the boot of the accused’s car were believed to have contained vast amounts of cash.

The make of the ninth vehicle is unknown. In all, the cars total some RM3mil in value.

“We are checking the authenticity of the branded goods and jewellery. We can’t put a value to them now.

“The amount of money we have seized does not commensurate with their salaries,” said Azam without disclosing the identity of the two government officers.

“We are also calling in more individuals to help facilitate investigations,” he said, adding that the suspects and all those who had been called in so far gave their full co­­operation.

MACC, he added, hoped that more people would come out and assist in its investigations as it would not hesitate to arrest them if they failed to cooperate.

Azam said MACC started its investigations about a year ago following reports from the public.

“We have been carrying out intelligence gathering and surveillance on the duo and their business associates.

“The suspects have allowed for the monopoly of projects and prevented other contractors from getting a fair share of business,” said Azam.

He said MACC believed their ac­tivity had been going on since 2010.

Azam said the two were suspected of giving out contracts to certain companies owned by their relatives, resulting in many other contractors not getting jobs for water-related projects involving some RM3.3bil from the Federal Government.

“There have been many complaints by other contractors that they were not able to get projects,” he said.

On the cash and other funds recovered, he said if the court found the money to be ill-gotten, it would be returned to the Government.

Azam said the MACC would apply to extend their remand if it was unable to complete its investigations within the week.

“We are still working out the money trail, and it will take some time as it is a complex investigation,” he said. 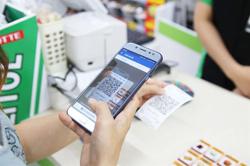