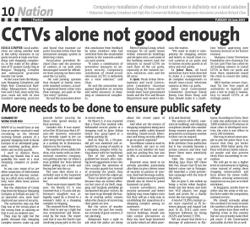 PETALING JAYA: After spending 11 years on death row and having exhausted all his appeals, Ahmad Najib Aris (pic) was finally executed for the 2003 murder of Canny Ong.

The former aircraft cabin cleaning supervisor, who killed Ong after abducting her from a shopping complex in Bangsar, was hanged early yesterday.

A Kajang prison spokesman said Ahmad Najib, 40, was executed at about 6am and his body was later buried at the Sungai Kantan Muslim cemetery in Kajang.

He said Ahmad Najib was allowed to meet his family members for the last time on Thursday.

He said prison officials had told him that Ahmad Najib became a good Muslim, and often led prayers in jail and also taught other inmates about religion.

“To me, at least the time he was in prison, he was a better person than many outside,” he told The Star.

He was also given the maximum jail term of 20 years and ordered to be given 10 strokes of the rotan for raping Ong.

In March 2009, the Federal Court upheld his death sentence for the crimes committed against Ong, whose charred remains were found in a manhole near a highway construction site.

Ong, an IT-analyst living in the United States with her husband Brandon Ong, was back in Malaysia to visit her ailing father.

On June 13, 2003, a day before she was due to return to the United States, Ong went out for dinner with some family members and close friends at the Bangsar Shopping Complex.

After the meal, she went to the basement car park to retrieve the parking ticket from her car. She asked her mother and sister to wait for her by the autopay machine.

After waiting for 20 minutes, Ong’s mother Pearly Visvanathan Ong and her sister decided to look for her in the car park.

When they went down they found the car, a purple Proton Tiara, missing.

Sensing something bad had happened to her daughter, Pearly ran to the mall’s security office to view the CCTV tapes.

The tapes confirmed their worst fears. They saw Ong being abducted by a man who drove off with her in her car, crashing past the exit barrier of the car park.

Forensic and criminal investigators found evidence that led to the arrest of Ahmad Najib.

The news of Ong’s murder was covered widely by the media and followed intently by the public.

The randomness of the crime – Ahmad Najib had no apparent motive – made it all the more horrific and prompted many unsolicited and baseless conspiracy theories much to the dismay of Ong’s loved ones. 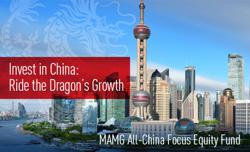