Pit Stop of comfort and dignity for the homeless Home for the homeless: People lining up as volunteers dish out food at the Pit Stop along Jalan Tun H.S. Lee in Kuala Lumpur.

KUALA LUMPUR: Among the numerous soup kitchens opera­ting in the city centre, one sets out not just to fill the tummies of the homeless people but to give them a sense of comfort and dignity, too.

At 101, Jalan Tun H.S. Lee, where the Pit Stop Community Cafe started operating seven months ago, lunch and dinner are served to the needy in a relatively comfortable environment with tables and chairs.

The project’s founder, Joycelyn Lee, said they did not just dish out food but hoped to give more to the community.

“We want them to have dignity and feel respected by society,” the 43-year-old said.

Pit Stop, she added, also tried to have variety in its spread such as bread and hard-boiled eggs as “even the homeless may get bored eating the same food every day”.

Lee, a former communications consultant and writer, said she got the idea for the project over teh tarik with friends one day.

“It was during one of our long late night teh tarik sessions that my friends and I talked about giving the (disadvantaged) people the chance to pick what they want to eat instead of the more common practice of giving out prepared food,” she said.

The group, she added, received funding from private and corporate contributors.

Pit Stop is run by volunteers from all ages and of every stripe.

“We welcome all races, religions and ages, even as young as 15. As long as you’re able and willing, we’ll put you into the service line,” said Lee.

She said they had had volunteers from religious bodies and students from colleges and universities as well as 1M4U, the government initiative that encou­rages volunteering among Malay­sian youth. 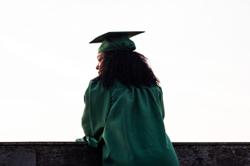 Mosques in Perlis to continue reciting qunut nazilah for Palestinians
Woman's body found in garbage trap of KL river
Johor cops arrest 20 over viral rioting incident in Batu Pahat
Don't leave aside those with HIV during pandemic, govt urged
Dr Wee remembers veteran journalist Wong Sai Wan as a mentor to many journalists
Pasir Gudang MP calls for another round of bank moratorium to help groups hit by MCO 3.0
Curfew in eastern Sabah waters extended to May 30
Covid-19: Over 200 ordered to return after attempting to cross district borders on first day of Raya
Covid-19: 18 fined for SOP violations in Penang
Cops on the hunt for two immigration detainees in Menggatal who fled detention centre