SINGAPORE: With the buzz around the falling value of the Malaysian ringgit last year, one would have expected more trips there by Singaporeans. The numbers, however, show otherwise.

According to official figures from the Malaysia Tourism Promotion Board in Singapore released to The Straits Times, Malaysia recorded 12,930,754 tourist arrivals from Singapore last year, a 7 per cent drop from 13,932,967 in 2014.

Travel experts point to many contributing factors for the fall, including travellers here being keener on other destinations in the region whose currencies have also been weak.

Alicia Seah, Dynasty Travel's director of public relations and communications, said travellers might be facing "fatigue" from having visited their neighbour frequently.

She also said schools may have avoided Malaysia as a destination for their students after the Sabah quake last year, in which seven pupils and two teachers from Singapore died while on a trekking expedition.

Fewer inquiries have come in from schools about trips to Malaysia, with interest in other countries such as China and Australia instead, said Seah.

"If you fly, or even travel by cruise ships or ferry, there are many competing, low-cost destinations like Bandung and Surabaya. You can be there in under two hours," she added.

The weaker currencies of other countries could be another reason for fewer travellers to Malaysia.

Associate Professor Ang Swee Hoon from the National University of Singapore's business school said that last year, the Singapore dollar was stronger relative to several currencies, such as the Japanese yen, Aussie dollar and Thai baht.

For instance, the Indonesia rupiah fell to its weakest against the US dollar last September since July 1998, as deepening concern over China's economy hit Asian currencies and stock markets.

"Singaporeans, who probably have travelled to Malaysia before, would want to take the opportunity of a stronger Singdollar to visit countries farther away so that their money can be stretched further," Prof Ang said.

She added that Malaysia is probably viewed as a tourist destination that Singaporeans can go any time they want, partly because the ringgit has weakened against the Singdollar for a while now.

As of Monday, S$1 could fetch RM2.96. Last August, the ringgit weakened past the RM3 mark against the Singdollar for the first time.

Travellers may also be avoiding a trip to Malaysia due to heavy traffic jams on the Causeway, said Rachel Yee, tour manager at travel agency KKKL, adding that business from those going to Malaysia fell by about 20 per cent last year from 2014.

Crime could be another factor. Mr Vikneswaran Devadas, 31, a commercial diver and a Singaporean who lives in Johor Baru, said: "People have been asking me whether it's safe to come to JB."

He added that they are worried about safety after watching online clips of robberies in Malaysia. – The Straits Times/Asia News Network 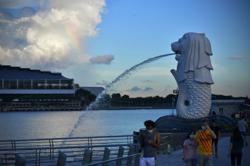 Stay vigilant, dealing with Covid-19 is a marathon, not a sprint, warns Singapore PM 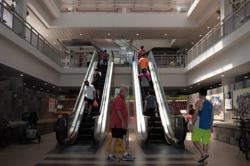 Minister warns Singaporeans to be cautious amid phased reopening 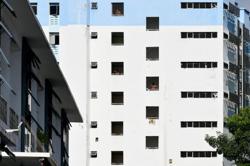