Waiting for the train

The Kelantan Shuttle is more than just transportation to many of the folks living in the villages along the tracks, it is their lifeline.

THE silence of the early Kelantan morning was broken as a lonely train chugged down the tracks out of the jungle into Kuala Gris.

Screeching to a halt, its doors opened as it came to the station, stopping for a few dozen children waiting in school uniforms.

Climbing on board, they made their way for seats in the train’s four coaches before it moved again, this time south towards Dabong. Others stood by the doors, looking at the outside world, chatting about the day ahead.

The train rumbled on, and a conductor passed by, taking a ringgit off each student for the fare.

At about 7am, the train rolled into Dabong, where the kids jumped out to complete their daily trip to school, just three minutes away.

This is the Kelantan Shuttle, a rail service that goes up and down Malaysia’s northeastern-most state, skirting limestone hills and jungles. It passes by tiny towns and villages far off from main trunk roads deep in the country’s Malay heartland.

It has been cut off from the rest of the country’s rail network for the last two years after massive floods hit Malaysia in 2014.

Starting in Tumpat and ending in Dabong, it runs with the few trains that survived the floods, transporting some 900 people (in February this year) on about 130km of track.

In December 2014, heavy rains over several days saw rivers overflow with water, spilling into the countryside.

Kelantan was perhaps the worst-hit state, with hundreds of towns and villages cut off by the floods.

Food, blankets and other aid had to be trucked in and, in some cases, air-dropped.

Since then, much of the country has bounced back from the disaster. All except perhaps for the East Coast Line track.

Built by the British during the colonial era, it is a 527km single-­track line that weaves through the jungle, from Gemas in Negri Sembilan to Tumpat, near the Thai border. It has stood for nearly a hundred years, but the 2014 floods were so strong that they washed away many parts of the track, especially in Kelantan.

Five locomotives and about 20 coaches were damaged, with many more pieces of equipment affected, according to the Land Public Transport Commission (SPAD).

Worse yet, the 155-tonne rail bridge crossing Sungai Galas in Kemubu was broken when floating logs slammed into it, cutting the line into two.

One of its spans – a 47.7m piece – was carried downstream, with damage done to its substructure and tracks. The whole line was then closed for months, denying its 1,600 daily riders, especially those in the rural countryside, a means of getting around.

“It’s difficult because there’s no train. The train is the pulse (of this village),” said Kemubu village elder Kamaruzaman Hassan, 64.

He said 90% of the 3,000 people in and around his village depended on it, adding that there were no other river crossing there.

In July 2015, a shuttle service linking Kemubu to Kuala Krai was started by the rail’s operator, KTM Berhad.

An extended service linking Kuala Krai to Tumpat started in late August. The trains pass by each station on this track four times a day (or two round trips on the whole track).

Before the floods, a station could see about 10 to 12 trains coming through a day.

The lack is keenly felt by many students here who live more than 10km away from the only ­secondary school in the area, in Dabong.

“I take the train because there are no other vehicles to go to school. We have a motorcycle, but my father uses it,” said Siti Nadiah, 14, from Bukit Abu.

Google Maps shows that people would have to drive at least 13km through winding village and state roads to get from Bukit Abu or Kuala Gris to Dabong.

“You can get out (of the villages) usually by four-wheel (drive) or motorcycles, but the road is narrow,” KTMB quality inspector Raziki Ghani said.

“Outside buses, they don’t stop at villages, but 5km to 7km away (on the main road),” he said.

Last year, SPAD’s records showed that 47 of the 61 East Coast Line stations did not have alternative transport services within a 2km radius.

Hazama said that before the floods, some 200 of SMK Dabong’s 891 students came to school by train. Today, the reduced services see only about 50 coming this way each day, with some parents ­choosing to send their kids to boarding school.

Even fewer go back by train, Hazama said, adding that the afternoon train that comes to Dabong leaves at 4.56pm.

The secondary school students are not the only ones affected by the destroyed tracks. Those coming from the south, especially from Johor Baru and Kuala Lumpur, now face longer travel times.

Trains from the West Coast have to stop at Gua Musang – 60km south – where their passengers have to board buses organised by KTMB to carry on their journey north.

They cannot go past the Gua Musang station to Bertam Baru, before the Kemubu bridge, as the track was heavily damaged in the floods and is being repaired.

Soldier Amirul Khairi Mamat, 28, who was on his way back to his childhood home in Dabong, said the change meant a longer ride.

“When I was stationed in Seremban, I could take the train straight to Dabong. But now I have to stop at Gua Musang and take the bus,” he said, lamenting how the slower journey, together with the bus ride, have added an extra seven hours to his trip.

Bus supervisor Zainal Abidin, 37, said that on weekdays, three buses would be waiting at the Gua Musang station to take KTMB ­riders north.

“They ask for three buses, so we have to ready three buses. They (KTMB) will tell us,” he said.

Zainal said five buses would be at the Gua Musang station on ­public or school holidays.

However, the problem, at least for KTMB, is expected to be temporary. It has been working to restore the line, and has been repairing the bridge since September last year.

“Hopefully, in early April this bridge will be restored,” said KTMB’s permanent way engineer (eastern regional) Muhammad Alpiza Che Ibrahim, as repairmen worked on the Kemubu bridge behind him.

In September 2015, they worked five-day shifts on the bridge. This month they have started seven-day shifts, and are reinforcing the old frame.

“They’ve been working day and night, seven days a week to meet the deadline for KTMB to start testing the track by running trains over it,” he said, looking over to where some workers were spreading out ballast stones that were scattered by the floods nearby.

The works are expected to ­continue however over the next few years, as part of a RM786mil amount set aside before the floods to upgrade the track.

SPAD rail division head Yuslizar Daud said the commission could not confirm if the rail would be fully running come April.

“We will not compromise on safety. If (repairs are) not properly done, if it is not safe, we will not allow (it to run),” he said.

Yuslizar added that the entire line was expected to be checked over the next week or two. However, he did not wish to say when the line would be reopened, adding that safety was top priority here.

But as far as the kids by the East Coast Line are concerned, the shuttle is more than a train. It is also their lifeline, and one that they hope will carry on.

“If it rains, we don’t go to school. (Going by) motorbike is ­dangerous,” said Mohd Shafiq Ismail, 16, from Bukit Abu. 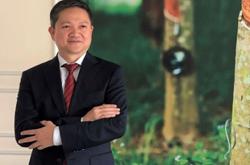