PETALING JAYA: A campaign in defence of Datuk Seri Najib Tun Razak is gaining traction online as the Prime Minister is facing continuous attacks by his detractors.

On Facebook, the campaign dubbed "#RespectMyPM", comes with posters that tell its supporters to stand in solidarity with the Prime Minister.

It includes the flag of Malaysia that says "I am Malaysian and I...#RespectMyPM", and flags of all states, which allow supporters from different states to share the posters.

According to Facebook page Pertahan Negara Kita (Defend Our Country), it is time for the people to rally behind Najib.

A supporter also suggested that those in support of Najib should replace their profile photos with the posters for the month of March.

It is learnt that the campaign kicked off several weeks ago, but only intensified after a declaration to “Save Malaysia” was signed last Friday.

The demands of the declaration included working towards to the removal of Najib and all those who backed him. 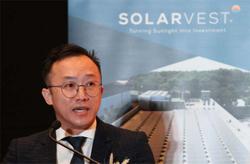