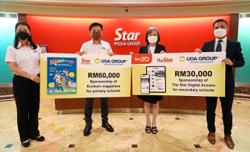 WITH waning interest in science, technology, engineering and mathe­matics (STEM) among schoolchildren, Malaysia may have to turn to foreign workers to help achieve Vision 2020.

Because if the number of science students continue to decline, we won’t have enough engineers, architects, and other science­-related professionals to take the country to the next level, academics and industry experts warn.

A nation can’t be built by arts and business graduates alone, Malaysian Trades Union Congress (MTUC) secretary-general N. Gopal Kishnam cautions. He points to how South Korea and Singapore have overtaken us, and attributes the success to their emphasis on science.

“Fifty years ago, when we first started nation-building, we were on par with the other two countries. Where are they now? We’re still a labour-intensive economy. It’s because our neighbours focused on education.”

With the Asean Economic Com­munity opening the gates to allow free flow of workers between member countries, foreigners will flood the market as employers here start sourcing for skilled labour from outside the country, he predicts.

“I see more skilled workers coming in from the Philippines. The cost is at least 30% cheaper for local companies to hire them. Meanwhile, we aren’t doing enough to stop the brain drain,” he says, adding that close to a million science graduates are currently working abroad.

Robert Walters expects demand for ICT to surge in the next four years as new technologies enter the country.

“Processes are being automated and technology is moving rapidly so we anticipate an increase in demand for the relevant talent,” observes Sally Raj, managing director of the specialist professional recruitment firm in Malaysia.

And failing to produce enough tech-savvy workers will result in us having to import from other countries, she says, agreeing with Gopal.

“I’m not surprised if they’re willing to accept lower pay packets here because of the lack of opportunities in their own countries.”

Already faced with competition from foreign architects, the Malaysian Institute for Architects (PAM) hopes the Government will give priority to locals.

Its president Mohd Zulhemlee An says the demand for architects is high because there is substantial work, especially in the housing, education and health sectors.

There are some 2,000 professional architects in the country, he says, but the ratio between one architect against the population is 1:15,000 – far below the range of 1:4,000 to 1:8,000 Unesco recommends for developed nations.

“We need to double our numbers. To achieve the Unesco ratio, we must register 400 new architects annually over the next five years. But we’re only registering between 50 and 100 new professionals yearly.”

Attracting more engineering students is paramount for the country to implement and maintain the many development projects. Any shortfall of engineers will hinder the progress of the country, Institution of Engineers Malaysia (IEM) president Datuk Lim Chow Hock says.

The National Council for Scientific Research and Development estimates that Malaysia will need 493,830 scientists and engineers by 2020. However, the Ministry of Science, Technology and Innovation estimates that there will be a shortfall of 236,000 technical personnel, he adds.

“Malaysia produces more than 10,000 engineers yearly but the quality of recent graduates is a concern,” he says.

In September last year, the Academy of Sciences Malaysia warned that Malaysia faces a bleak future with only 21% of those in upper secondary choosing to study science subjects in 2014, The Star reported.

If this trend of upper secondary students shying away from science subjects continues, Malaysia can expect to face a shortage of science graduates in the coming years, the Higher Education Ministry cautions. Interest in pure science has been declining worldwide over the last five to 10 years.

The majority of post-SPM science students (88%), however, tend to pursue science- and technology­-based programmes at tertiary level, with about 12% of science students choosing to study non-­science fields like literature, economics, accounting, finance, business and management, the ministry reveals.

For the 2015/2016 academic year, a total of 40,438 students were offered spots in 20 public institutions of higher learning nationwide – 59.06% of which were science stream students, the ministry adds. And, once accepted into a public university, about 95% stay in the sciences, it notes.

Utar research, development and commercialisation vice-president Prof Dr Lee Sze Wei is worried. There’s an acute shortage of STEM workers, especially in electrical and electronic engineering and computer science and programming. And he expects the situation to get worse.

Demand for Utar’s engineering and IT graduates has far exceeded supply, he shares, pointing to how top achievers receive multiple offers to choose from. Industry players often lament the shortage of STEM workers, he says.

He, however, says companies are “impatient”. Fresh graduates are expected to contribute from the get go because of the com­petitive economy.

“To achieve the country’s projected economic growth and industrialisation, we need more STEM graduates. Realising this, a 60:40 science/technical:arts ratio was implemented by the Government since 1970. We’re drifting further and further away from the target.

“As we move up the value chain, we need more knowledge workers, especially in research and development. It will be difficult to meet the Government’s goal of a STEM-driven economy by 2020.”

“There has been a drop in the number of science graduates. We have been seeing this trend over the years. A decade ago, there were about 70 students in my final year chemistry class. Now, my class size is down to half,” notes Dr Yang Farina, who is also an Academy of Sciences Malaysia fellow and Malaysian Chemical Institute assistant honorary secretary.

“We have no problems. Year in, year out, our STEM courses are packed full. For competitive programmes like medicine, pharmacy and dentistry, applicants far exceed the places offered.”

Dr Lee foresees the situation worsening if nothing is done to spark interest in the sciences at school level soon.

“We have to figure out why kids are shying away from STEM, which is a global trend,” he warns.

Utar is studying the declining interest in the sciences among ­secondary and tertiary students. It will conclude its nationwide study next year. The trend, he says, was already evident from as early as 2012.

He estimates that the percentage of students pursuing pure science has hovered below 30% over the last few years.

From visits to schools and discussions with school heads, he says a dislike for mathematics is an often quoted reason. It could also be that students think STEM graduates have only the limited career options of engineer, scientist or doctor, which is wrong, he argues.

New opportunities are opening up every day within STEM industries, he observes. And many STEM graduates do very well in non-STEM fields because they’re trained to be analytical.

For example, a banker with an engineering background will also look at investment projects from a technical perspective, which is an added advantage.

“STEM graduates branch out into fields like law and economics successfully. Instead of looking at their academic background as a waste, they see it an advantage.”

He advises parents and students not to rule out the sciences in school, even if students don’t think they will end up in a STEM career. This is because a science student can always opt to study accounting or business at tertiary level but an arts student does not have the same flexibility to switch to a STEM degree at tertiary level.

“Students shouldn’t limit their options. And, schools should let students with high interest in ­science take the science stream instead of just focusing on PT3 exam results to stream them. In the 1980s, students fought to be in the science stream. Now it’s a challenge to fill a class.”

Gopal Kishnam agrees. He calls on the Education Ministry to be “more flexible and open” when streaming students.

Dr Lee thinks the delivery of ­science and mathematics needs improvement. “Otherwise, the lack of creativity will kill interest.”

Students can’t see how trigono­metry, for example, can come in handy in life.

“That’s why it’s important for teachers to focus on applicability. Schools feed us students and we feed the industry. What can we do at tertiary level if there are no s­cience students coming in?” he asks. “If the number of science students coming in is already low, and among them, more are switching to non-STEM degrees, how are we to produce knowledge workers for the country?”

We must move up the value chain and be more creative and innovative to transform the economy, he says.

“For example, we should be focusing on biotechnology to improve agriculture yield and quality, and discovering alternative energy sources, but such projects must be initiated by the government.”

There must be a balance between STEM, Arts and Technical and Vocational (TVET) graduates based on current and future industry requirements. Initiatives under the 11th Malaysia Plan are projected to generate approximately 1.5 million new jobs by 2020, of which 60% needs TVET-related skills. But if we can’t produce enough STEM graduates, our ability to retain and attract value-added, high value investment may be compromised, he warns.

In the United States, Japan and other developed countries who are ahead of the rest in fields like nuclear technology and space exploration, much of the work involved is driven by the government through specific research and projects.

Malaysia spends about 1.13% of its GDP on research and development. This is not enough, because developed countries fork out more than 3%.

“Follow-up on policies is lacking. Some STEM graduates can’t find employment. Meanwhile, most of those who excel in ­science and mathematics are working overseas,” he says, ­citing aircraft maintenance graduates as an example.

Dr Lee says this is because there’s a mismatch between graduates skills and what the industry needs. It’s not a lack of demand problem.

“The reason some can’t find jobs is because their competency is not up to par while others may struggle with soft skills like poor English proficiency.”

Shamsuddin agrees. He thinks a way forward is for schools to revert to teaching mathematics and science in English, at both primary and secondary levels. The 40:60 policy needs tweaking as students and parents still prefer the arts compared to the sciences. We’ll only get the numbers if parents and students have better buy-in on the positive aspects of STEM.

Hope yet for a drying stream

Definitely not for us! 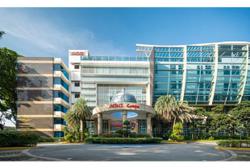