Explanation today on deal to bring in 1.5 million Bangladeshi workers

Done deal: The MoU will allow Bangladeshi male and female workers to be brought into the service, construction, farming, plantation and manufacturing sectors.

PETALING JAYA: The deal has been signed. Bangladesh will be sending 1.5 million workers here over the next three years.

Human Resources Minister Datuk Seri Richard Riot, when contacted in Dhaka, said a press conference to explain the MoU would be held today in Putrajaya.

It will allow Bangladeshi male and female workers to be brought into the service, construction, farming, plantation and manufacturing sectors.

According to a report in the Daily Star of Bangladesh, the workers would be paid a minimum wage of RM800 to RM900.

The move to bring in such a large number of Bangladeshi workers has drawn mixed response from the local industries.

While some described the move as timely, others voiced worries over the sudden influx of workers which may lead to social problems.

“The move will help the small and medium industries,” he said, adding that the move would not sideline local workers as it was aimed only at replacing existing foreign ones who wanted to go home.

“They must enforce it effectively,” he said.

Master Builders Association Malaysia’s (MBAM) vice-president Tan Sri A.K. Nathan said there was still a demand for foreign labour in the construction industry, especially for large infrastructure projects such as the Rapid and MRT projects.

“However, the top priority should be on legalising existing illegal workers,” he added.

It is estimated that there were about two million illegal workers in Malaysia.

He said the current number was already causing enough problems.

“In principle, most Malaysians are unhappy. We can see the reaction all over the country.

“We are having enough social problems, and bringing in 1.5 million Bangladeshis will only create more,” he told reporters after winding up the Youth Parliament session, here, yesterday.

The former MIC vice-president, however, said the Government was aware of the people’s concerns and would address them accordingly.

The Malaysian Trade Union Congress is also against the move and handed over a memorandum to the Human Resource Ministry in Putrajaya yesterday.

MTUC deputy president Abdullah Sani said the influx would have an adverse impact on local industries and employees.

“We want to know which sectors will absorb the workers and what is the rationale for bringing them in,” he said.

He too said more efforts should be made to legalise migrant workers who were already in the country.

“We are very concerned. Any move to bring in more foreign workers must be based on actual demand,” he said.

Although unemployment rate is low at about 3.2%, he said this represented unemployment of some 400,000 locals.

“We do not want a situation where locals find themselves competing with the Bangladeshi for work,” he said.

“This will lead to social problems.” 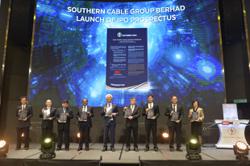