PETALING JAYA: A product from popular cosmetics line Qu Puteh has been banned as it has been found to contain harmful substances, announced the Health Ministry.

He said the ministry's National Pharmaceutical Control Bureau (BPFK) has found that the Qu Puteh Whitening Pro 9 to contain a "high level" of mercury, based on a sampling it did on the product.

Dr Noor Hisham also said that the bureau had received reports of adverse effects from users.

"The users have recovered after they stopped using the products," he said.

Dr Noor Hisham explained that cosmetic products which are mixed with mercury were generally meant for skin whitening and anti-aging purposes.

"Cosmetic products which contain mercury are not permissible as they are hazardous to one's health as it could damage the kidneys and the nerve system.

"It could also disrupt the brain development of children or even unborn babies," he said.

He then pointed out that people around the user could also be exposed to the mercury, when the product is applied to the skin or inhaled.

In view of this, the ministry had cancelled the product notification of the Qu Puteh Whitening Pro 9 cream.

The companies selling the products have also been asked to cease all sale and stock activities and withdraw it from the market within 72 hours.

Those who fail to abide by the ruling can face a punishment of a fine not exceeding RM25,000 or three years' jail, or both.

The Brunei's Health Ministry said the products had been tested by the Drug Quality Control Section under the Department of Pharmaceutical Services.

She however could not be reached for comments. 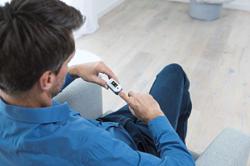