Islamic law expert: Fatwa valid only if states gazette it

PETALING JAYA: Muslims can only be punished under Syariah law for vaping in states where a national fatwa declaring e-cigarettes as haram or forbidden has been gazetted, says an Islamic law expert.

Assoc Prof Dr Shamrahayu A. Aziz said that a fatwa issued by the National Fatwa Committee, such as the recent one against vaping, was not legally binding but would become enforceable once endorsed by the states.

“Each state has a fatwa committee and if this committee decides to accept a fatwa, it can gazette it and then enforce it,” said Dr Sham­rahayu, who is Principal Fellow at the Institute of Islamic Under­standing’s Centre for the Study of Syariah, Law and Politics.

On Monday, the National Fatwa Committee declared vaping was haram, with a number of states expected to follow suit.

So far, the Federal Territories mufti has announced that e-cigarettes were forbidden to Muslims, while the Penang Fatwa Council announced a similar decision on Dec 4.

Dr Shamrahayu said the punishment for such an offence would be determined by provisions in the respective state’s enactment.

While gazetted fatwa are binding, some are rarely enforced.

For example, a search on the Islamic Development Department of Malaysia (Jakim) e-fatwa online portal shows that in at least two states, Penang and Selangor, smo­king has been declared as haram, with Penang even declaring it forbidden for Muslims to sell cigarettes.

Cases of Muslims being charged in a Syariah court for smoking in these states are practically unheard of.

The Federation of Malaysian Consumer Associations deputy president Mohd Yusof Abdul Rahman welcomed the decision of the National Fatwa Council on the use of electronic cigarettes and va­ping.

Mohd Yusof hoped that state go­vernments would look into this in a proactive manner.

He added that vaping was not a solution for smokers who wanted to quit, adding that there were other alternatives to consider.

Muslim Consumers’ Association of Malaysia secretary-general Datuk Dr Ma’amor Osman said the general rule in Islam was anything that was considered harmful would be haram.

He said the content in vape li­quid, e-cigarettes and cigarettes were harmful, especially to those exposed to secondhand smoke.

Dr Ma’amor also said the Government should look into the plight of vape and e-cigarette tra­ders who could suffer losses.

“There were no proper guidelines and regulations before so some could have invested a lot to start the business.

“The Government can help them out by perhaps buying the mate­rials at cost price or lower and then destroy them,” he said.

No plan to ban sale of vape 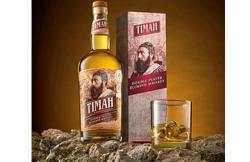