Yuen, who had served as the Chief Police Officer of Perak and retired as the Sarawak Commissioner of Police, passed away on Thursday at the age of 88 due to a heart failure.

He will be laid to rest at the Nilai Memorial Park in Negri Sembilan at 11am.

"The Royal Malaysian Police convey its condolences to the family of Yuen whose death is a huge loss to the force.

"I used to contact Yuen for his advice, particularly on issues pertaining to security and national harmony," he told reporters after paying his last respects to Yuen at the Xiao En Centre in Jalan Kuari, Cheras here Friday.

Khalid described Yuen as an individual with high personal qualities and who had been committed to the tasks entrusted to him. The Home Minister was welcomed by Yuen's widow, Puan Sri Chan Choy May and family members, and former tourism minister, Tan Sri Dr Ng Yen Yen,, upon arrival at the centre at 2pm.

Later, he observed a minute's silence and conveyed his condolences to the bereaved family.

Yuen died at his daughter's residence at The Mines, Seri Kembangan about 6am.

Yuen was best known for his role as one of the key negotiators in the Hatyai Peace Talks. Together with former inspector-general of police Tan Sri Rahim Noor, they went to China to meet Communist Party of Malaya (CPM) leaders Chin Peng, Abdullah C. D. and Rashid Maidin.

He was even shot in the chest in Grik in 1951 during a battle with CPM members when Chin Peng was secretary-general.

Yuen is survived by Chan, 68, as well as daughters, Susan Yuen Sumin, 56, and Marina Chan Chean Gaik, 54, and two grandchildren, both in their 20s.

The wake is being held at the Xiao En Centre until Saturday to enable family members and friends to pay their last respects. - Bernama 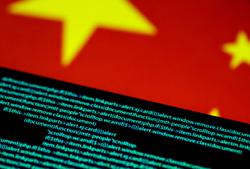