IGP: ‘We will blast Malaysia’ video a threat to security

JOHOR BARU: The police are taking a serious view of a video titled "We will blast Malaysia!!" uploaded on social media as a threat that could jeopardise national security.

"We are working on it. There is no need for me to say we have identified or not (those who are distributing the video). We do not take such threats lightly," he said.

He was speaking to reporters after the launch of the Tunku Laksamana Johor Tunku Abdul Jalil Mosque by the Sultan of Johor, Sultan Ibrahim Sultan Iskandar at the state police headquarters on Friday.

He was asked to comment on the video, which was uploaded by “Anonymous Malaysia” via YouTube on Thursday, displaying the bombings in Bangkok, Thailand recently.

At the end of the video was a note in English, “Wait for our blast at Bersih 4”.

Khalid also reminded the public not to be fooled by the statements of some lawyers that the Bersih 4 rally was not illegal.

He stressed that the rally was illegal.

"I am surprised there are many advising potential participants. Some among them are lawyers who are advising the people that the rally is not illegal and in accordance with the country's Constitution.

"I think they are not very knowledgeable about the law. So, I ask them to come to the police college to give them classes on law so that they can understand what is provided for under the Peaceful Assembly Act, what can and cannot be done,"  said Khalid.

Home Ministry secretary-general Datuk Seri Alwi Ibrahim had issued a statement that Bersih 4 was not a registered organisation. - Bernama 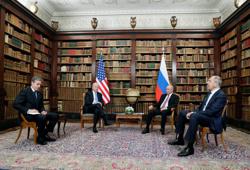