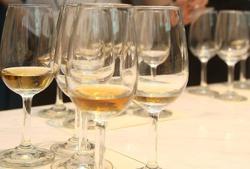 KUALA LUMPUR: Every year during the month of Ramadan, about 270,000 tonnes of food go straight into the dustbin.

According to the Solid Waste And Public Cleansing Management Corporation (SWCorp), this amount of food could have fed 180 million people, six times the country's population of 27 million.

If the food was placed in a single pile, it would stand as tall as 30 KLCC buildings.

SWCorp chief executive officer Datuk Ab Rahim Md Noor said an average of 9,000 tonnes of food was discarded daily during Ramadan. He described the wastage as a worrying trend.

"Food leftovers are the highest component in the solid waste composition scale at 45%, while the cost of managing solid waste in the states under SWCorp reached RM1.4bil last year," he said.

Ab Rahim said the 9,000 tonnes of food could have fed six million people.

As a result, he said, various initiatives had been implemented by SWCorp, among them, an agreement with hotels and eateries that leftovers are donated to welfare institutions.

Meanwhile, Persatuan Pengguna Islam Malaysia (PPIM) president Datuk Nadzim Johan claimed that the excessive leftovers during Ramadan was due to over-preparation of food.

"Buffet spreads, particularly in hotels are enormous. In this regard, hotel owners should set up a mechanism to penalise customers who waste food.

"If the hotels have a mechanism in place, I'm sure customers will think twice or thrice about wasting food," he said.

Malaysian Association of Hotels president Cheah Swee Hee concurred that food wastage during Ramadhan was a result of superabundant preparation.

"Our association is cooperating with SWCorp to educate the public against wasting food particularly during the fasting month.

"To this end, we have been putting up posters to first advise and educate, before taking any action to penalise them, which would be the last resort," he said.

The association has more than 800 members nationwide. - Bernama 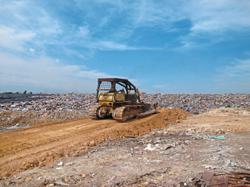