Sharks on the edge of extinction

KOTA KINABALU: An action plan is being proposed to protect the fast-diminishing sharks.

Special attention is paid to the Borneo river shark and Roughnose stingray that are only found in Borneo waters, said Sabah Shark Alliance (SSA).

The organisation is drawing up strategies that include establishing new marine protected areas, banning the trade in sharks as well as pushing awareness on the need to protect sharks and rays in the waters off Sabah.

In a statement yesterday, the group said surveys conducted in the diving haven of Semporna waters over the past four years also indicated that the Borneo river shark and Roughnose stingray were becoming very rare and could be on the verge of extinction.

The group said that with the strategy related to Marine Protection Areas, they hoped to push for official recognition of the Semporna Priority Conservation Area including focusing on the Si Amil and Ligitan islands in the area.

They also hoped for greater protection for other important areas for sharks and rays such as Layang-Layang and Sugud Islands Marine Conservation Area (SIMCA).

The second strategy the group was pursuing was to get relevant laws to ban the capture and finning of sharks for consumption with lessons learned from other countries that have dealt with similar activities.

SSA wants to raise awareness and provide technical support to the government with a focus on the National Plan of Action for the Conservation and Management of Sharks, and to work with the tourism sector including restaurants and dive operators, consumers and local communities and fishermen.

Sharks play a critical role in the health and balance of ocean ecosystems with over-fishing disrupting marine ecosystems worldwide. 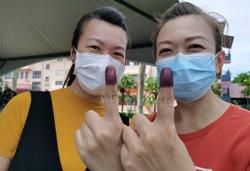