PETALING JAYA: The elder brother of Inspector-General of Police (IGP) Tan Sri Khalid Abu Bakar has offered the top cop an explanation following a protest against a church in Taman Medan.

Datuk Abdullah Abu Bakar (pic), who was one of the protesters, said he had received a call from his brother and had told the IGP that the issue was resolved. 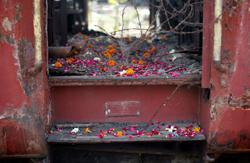