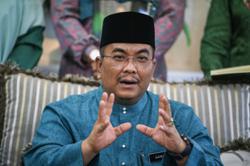 ALOR SETAR: The Kedah go­­vernment will do its best to honour the late Datuk Tan Huat Seang’s wish for the 1Malaysia Housing Project in Sungai Petani to be completed on time.

“SP Baiduri was the first developer to take part in PR1MA in Kedah. It is expected to build more than 1,000 homes by next year.

“Up to half of the houses are to be completed this year,” he told repor­ters outside Tan’s house in Taman Golf after paying his last respects during the wake yesterday.

Tan’s body was cremated at the Nilai Memorial Park in Negri Sembilan on Sunday and the urn containing his ashes was flown home at about 9.15pm.

The ashes were then placed in a casket before the wake was conducted according to Taoist rites.

The funeral ceremony will start at 10am tomorrow. Tan’s remains will be bu­ried at the Prestavest Memo­rial Park in Kebun 500, Pokok Sena, near here.

Known as Ah Ee to locals, Tan was the chief executive officer of SP Baiduri and the managing director of Lam Ho Enterprise Sdn Bhd.

Meanwhile, Tan’s son Hon Yew, 27, pleaded for privacy from the media who had gathered outside the family house since Saturday night.

“I think all of you have obtained enough information and snapped a lot of photos since then.

“I really hope you understand our sentiments and feelings. My dad was actually a very low-profile man,” he said at the wake. 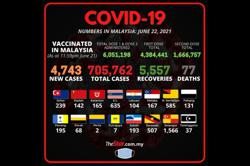 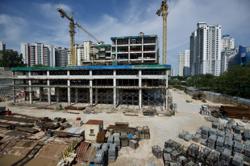