Can you feel it?: The Jacksons thrilled the crowd at the Petronas Malaysia Grand Prix Gala 2015 and had them boogying all night to classic hits.

KUALA LUMPUR: American soul group The Jacksons thrilled the crowd at the Petronas Malaysia Grand Prix Gala 2015 and had them boogying all night to hits like I Want You Back and ABC.

The highlight of the night, however, was the group’s electrifying performance, which included a moving tribute to their late brother Michael, the global superstar who tragically passed away in 2009.

A montage of Michael's photos flashed across the backdrop as Jermaine sang Gone Too Soon, Michael's 1993 hit.

The four remaining brothers in the band – Jermaine, Jackie, Marlon and Tito – kept the memory of their illustrious brother alive with the same choreography they used to perform when they were The Jackson 5, and the crowd absolutely loved it.

Apart from the concert, the other highlight of the gala was a charity auction in support of Bidara Kedah. 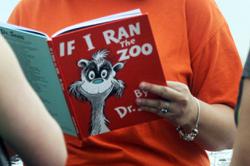