In the spotlight: (from left) Xiali, Yu Xu, Yifei and Jiali taking a break under the shade on the tarmac at LIMA 2015.

LANGKAWI: All eyes were on China’s People’s Liberation Army (PLA) aerobatic team when the all-female pilots of the republic’s air force performed stunts in their Chengdu J-10 fighter jets here.

The four women were excited to take part in the world-famous aerospace and maritime venue of Langkawi.

Yu Xu, Tao Jiali, He Xiaoli and Sheng Yifei, all 28, promised that they would give a memorable show to the audience.

He said LIMA was a good platform for them to learn from the pilots from other countries.

“It’s an eye-opening experience for us,” she said in an interview yesterday.

The four pilots are part of PLA air force’s August First aerobatic team. Langkawi is the second of their overseas show after Moscow’s International Aviation and Space Salon in 2013. It is also the four pilots’ maiden flight overseas.

Having joined the air force in 2005, Yu, Tao, He and Sheng have accumulated more than 800 hours of flight experience.

“We train hard for our performance and flying the fighter jets requires us to be extremely fit,” Yu said.

“Being women, we have to put in more effort and go the extra mile in our physical training to be able to withstand the stress on our bodies.”

“The stunts in aerobatic display are highly challenging and risky. We have to be precise and calm when executing the moves.”

New local airline to take off 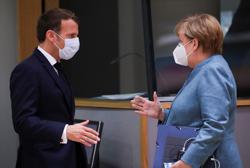