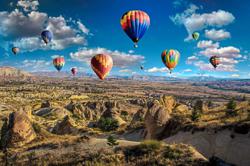 A file pic of hot air balloons in the sky above Cappadocia, Turkey.

KUALA LUMPUR: Five Malaysians were injured after the hot air balloon they were in made a heavy landing at the UNESCO World Heritage Site of Cappadocia in the Central Anatolia Region of Turkey.

Malaysian embassy officials in Turkey confirmed that one woman was in critical condition after suffering a fractured left hand, a dislocated right shoulder, blood clotting in the head but outside of her brain, and difficulty breathing.

Another man had just come out of operation for a broken thigh bone. All victims were conscious and able to communicate with officials at the Versa Hospital in Nevsehir.

Officials said that another two were being hospitalised overnight there for minor injuries.

It is learnt that one of the five is a 15-year-old girl.

Her mother was discharged from hospital Wednesday afternoon (Turkey time).

“Wisma Putra has been notified and a consular team is on the scene. The Ministry will be informing their family members,” an embassy official told The Star.

A Chinese national was killed, while six others (including the five Malaysians) were injured when two separate hot air balloons made heavy landings in the famed sculpted rock formations of Cappadocia in the Guvercinlik Valley of Nevsehir province.

According to Turkish news agency Cihan, the balloons, which belong to Atmosfer Balloons, took off from Göreme Airport and were forced to make heavy landings due to strong wind.

The deceased Chinese national was identified as 23-year-old Tang Yi, according to AFP.

Ballooning has become increasingly popular in recent years in Turkey although there have been repeated concerns about safety standards. 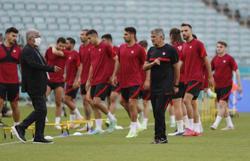