KUALA LUMPUR: Some 155 Uighur illegal immigrants, including 76 children, have been detained by the authorities following reports that Uighur militants were using Malaysia as a transit point.

The Immigration Department raided two apartment units in Taman Bukit Jalil near here on Wednesday and discovered the illegals from China’s Xinjiang province.

Kuala Lumpur Immigration Department enforcement operations unit chief Basri Hassan said that 65 of them, including 32 children, were crammed into one unit on the 12th floor.

In the second unit on the first floor, Immigration officers found another 90 Uighurs, including 44 children.

All of them are being detained at the Kuala Lumpur Immigration lock-up in Jalan Duta for further investigations.

Security at all immigration checkpoints in Malaysia has been tightened following a report in The Jakarta Post that four Chinese Uighur militants linked to the Islamic State (IS) terror group had transited in Malaysia before being arrested in Indonesia.

The Jakarta Post reported that Indonesian authorities found that four Uighurs had bought fake passports in Thailand and flown to Kuala Lumpur before heading to Bandung in West Java.

The four then travelled to Makas­sar in South Sulawesi, where three Indonesian militants picked them up for a ride to Poso.

The report said that the elite Detachment 88 police squad arrested seven suspected terrorists, including the four individuals allegedly from Xinjiang province, in Poso over the weekend.

The report also said the foreigners were planning to join a terrorist cell in Sulawesi, where a number of groups and individuals, including radical cleric and convicted terrorist Abu Bakar Ba’asyir, are known to have voiced their support and raised funds for IS. 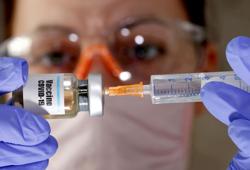