A police officer inside the house measuring the size of the window glass which was shot at.

SIBU: The residence of senior minister Datuk Seri Wong Soon Koh was shot at on Wednesday, causing a crack on the window of an upper-floor bedroom.

The perpetrator apparently fired the shot from the perimeter concrete wall of the house, which is about 50m from the bedroom window.

He said a police investigation team who rushed to the scene found nine pellets on the car porch area. 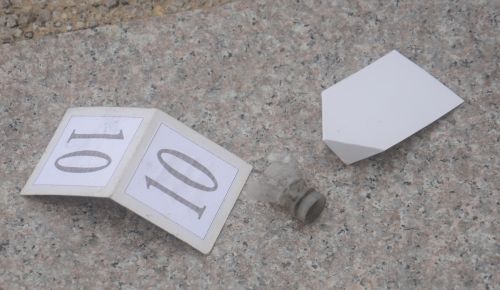 The shell casing found on the car porch.

"We are investigating the shooting case under the Firearms Act.

"As we are still investigating the case, we can not say much at this moment," he added.

He then formed a new party, United People's Party (UPP), which is to be launched this Saturday in Kuching. 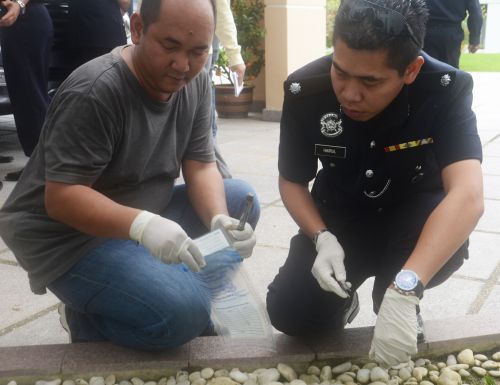 "We were all at home  when we heard a loud explosion. I thought it was some fireworks and did not think much of it. As it was dark I could not see anything outside," she said.

She said her son, Datuk Andrew Wong, who is also the deputy chairman of the Sibu Municipal Council (SMC), told her that there were cracks on the bedroom window.

She, however, was not alarmed as she thought the glass had cracked due to hot weather. 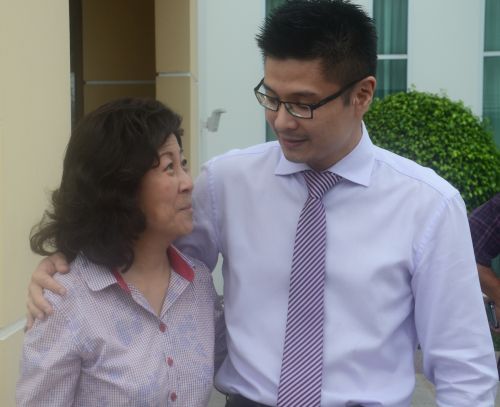 Andrew said they did not know the motive behind the shooting.

He said police told them that the perpetrator had chosen that bedroom as it was closest to the perimeter concrete wall.

"I don't know whether it was targeting me or my father.

"The timing (for the shooting) is a bit strange as the launching of UPP will be held this Saturday. I do not know if it has anything to do with it, I don't know," said Andrew.

Asked if his tough stand against illegal hawking and the implementation of the 25 trading days in a month at the central market had anything to do with the shooting, he said, "I don't think they (illegal hawkers) will do such thing as they know what we are doing is right."