Why do politicians love to hate Selangor MB Khalid?

Why do politicians love to hate Tan Sri Khalid Ibrahim … the answer is that he stands for everything that Malaysian politics isn’t.

Politicians on both sides of the spectrum take a very liberal view as to public funds. Many feel that these are piggy banks, and that the use of public funds to further partisan political interests is fully justified.

Khalid on the other hand is a disciple of Khalifah Umar ibn Abdul Aziz, whose fervent dedication to ensuring what belonged to the people stayed with the people was legendary.

While many clamour for Selangor's newfound wealth be used to further Pakatan Rakyat's goals, Khalid has stayed steadfast in blocking any abuse of public funds. It is perhaps this more than anything that has earned him the ire of his "allies".

Politicians believe that to solve problems, they must be in the headlines. The more dramatic the solution or the fight, the better.

Khalid believes that finding real, long term solutions, regardless of how unpopular the measures seem in the short term, is more important than looking like a hero.

In the Rawang high tension cable problem, many criticise Khalid for looking like he was avoiding and skirting around the problem. All the while though, behind the scenes he worked for years on finding a solution that provided the Rawang villagers exactly what they wanted. He did so, out of the limelight, and all by the book.

The Bible seizures in Selangor represent a big trap, meant to set Malaysians against Malaysians and create an atmosphere of conflict and distrust. Khalid is not falling for the trap, and as he has done with all sensitive matters, is taking the best possible middle ground approach given the current trends in the nation.

He understands that the more this issue is in the headlines, the worse it is for Malaysia, and that only meaningful change on this front needs to happen far beyond Selangor.

Where things are completely within his control however, Khalid has displayed firm and unbending resolve. When Alam Flora refused to lower its prices, Khalid insisted that the state government takeover garbage disposal services directly.

Despite initial sabotage by interested parties, Khalid stuck to his guns, and now the state is richer by millions of ringgit a year, with rubbish being collected just as effectively as before.

Politicians believe in feudalism - which is all about blind loyalty and political patronage. The underlings prop up the boss, and the boss feeds the underlings.

This is why Khalid has empowered the Selangor civil service, departing from the Pakatan approach of distrusting and occasionally demonising civil servants for being too close to the federal government.

He believes that if you trust civil servants to be professional, and reciprocate with equal professionalism, that trust will be honoured many times over. This is the only way to improve governance in a way that goes beyond partisan politics. That same attitude informs his approach to working with any and all parties, if it will truly benefit Selangor and its citizens.

All of the above can of course be considered one writer's opinion, and there are as many opinions are there are people.

Election results, however, are not mere opinion. Of the 12 incumbent state governments that contested GE13, only three increased their number of seats: Negri Sembilan (by one seat), Penang (by one seat), and Selangor - by no less than eight seats.

Some politicians like to claim that this success was due to Pakatan's national profile and leadership. If this is so however, why did Pakatan fail to come anywhere near replicating this success elsewhere?

No other politician can claim such a clear and resounding endorsement of his government - and one that is based on hard facts and figures, not claims without firm grounding.

Pakatan used to concur, with heaps of praise being piled on Khalid both before and after GE13.

Only now their tune seems to have changed. I have not seen any empirical evidence whatsoever to suggest that there has been any major change in the way Khalid runs Selangor.

He is just as stubborn as before, just as unyielding, and just as resolute. The only thing that seems to have changed is the attitude and greedy ambition of those around him.

One key feature of Khalid is his absolute commitment to gentleman politics. You would be hard pressed to find him making mean comments, especially about his allies.

Politicians mistake this as a sign of weakness, and start treating him as a punching bag, because he never seems to punch back.

I remember bumping into one Selangor exco member who remarked: “People say Khalid is a lousy politician, but actually, he is the best politician of them all.” I’m not sure if he meant that as a compliment.

It might of course be a reference to the fact that despite so many career politicians jumping up and down, screaming at the top of their lungs all around him (it sometimes seems that is all that they are trained to do), Khalid has kept his cool, and is still standing exactly where he has been, unfazed and untoppled.

He never bothers to fight the image of a bumbling fool that his enemies paint, but while his enemies are busy painting, he is busy carrying on and implementing his vision for a better Selangor.

This vision is in stark contrast to the rest of Malaysia’s politics, which is nothing if not visionless and directionless. As the generals meander about aimlessly, the colonels and majors have started taking things into their own hands, and no one should be surprised at the chaos that follows this power vacuum.

Some of these colonels and majors in Pakatan are now investing all their effort into tearing Khalid down in order to get their grubby hands on the Selangor pie, and whipping up public sentiment to that selfish end. They are seemingly oblivious to the fact that in doing so, they are likely tearing apart Pakatan itself.

It’s clear that the head honchos of the parties have given the green light for top leaders to attack Khalid publicly. Some members of the public are more readily influenced by the manipulations of such politicians than by the facts at hand, but the other fence sitters, the ones that really determine who runs Malaysia, are watching carefully.

Imagine if Datuk Seri Anwar Ibrahim became Prime Minister. Imagine that in his first term, he turns Malaysia around from a deficit to a balanced budget, and wins the next elections with an even bigger majority.

If we were to take Selangor as an example, all these "accomplishments" in the scenario above seem to suggest that in the following term, all of Anwar’s "allies" will be trying to pull him down, and dissolve their own government in favour of a new Prime Minister. This seems to be the kind of ‘stability’ Pakatan is telling us to expect should they win federal power.

The anti-Khalid faction has all the makings of a movement with no real plan. It is painfully obvious that there is no consensus as to who would replace Khalid, or how they would go about doing so technically.

Given the position of both the palace and Khalid himself, it appears that the only legitimate route is a vote of no confidence, dissolution of the state assembly and statewide elections.

All this trouble just to replace a man who has said this is his last term, and who has done more for Selangor’s institutional health than any menteri besar before him.

At the end of the day, such a move would reveal Pakatan to be little more than a joke.

PKR and Anwar, in particular, have gone to the extent of bumbling their way through the farcical Kajang Move, and fielding Saifuddin Nasution in the deputy president’s race to act as a spoiler and engineer the victory of Azmin Ali, thus giving ‘momentum’ to the anti-Khalid project.

Incidentally, one must wonder at the integrity and efficiency of any party that takes months to complete its elections, giving rise to all sorts of speculation as to what horse trading is taking place behind the scenes.

Anyone would be a fool not to recognise Khalid’s flaws. Besides his legendary stubbornness, he is universally acknowledged not to be a team player.

The thing is, if my ‘team’ kept pressuring me to do something that I knew to be morally wrong, I’m not sure how much of a team player I would be either.

More than a few people opine that he does not invest enough time or thought into public relations, resulting in a lack of recognition of his good work. If he believed in the value of such investment, perhaps I would still have my job.

As it stands, even though I was let go and can never work there again without being labelled a sycophant, I still believe in Khalid.

Back in the day when I used to attend ceramahs, I would often hear Khalid end his short speeches by saying, “I won’t talk long, because I was elected to work, not to talk.”

While exposed hidden videos of other politicians invariably involve sex, the only exposed video of Khalid ran 15 minutes, showing him doing absolutely nothing except exactly that: working quietly at his desk.

Career politicians are some of the most skilled talkers to be found anywhere. Khalid however is likely the first and only Malaysian politician in my generation who shuns politicking completely in favour of actually walking the talk.

Should the rest of us use this as an example and start holding leaders to what they do and not just what they say, the older breed of politicians would soon be extinct. It’s no wonder then, that this older breed should try to do everything they can to depose Khalid and wrest Selangor’s wealth for themselves.

> Nathaniel Tan is a former consultant to the Selangor state government who is sure that his first article for The Star will earn him some derision. The views expressed are entirely the writer’s own. 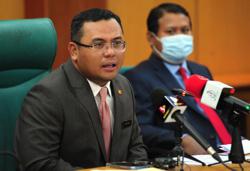 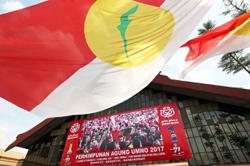