US magazine: Malaysia's healthcare is No. 3 worldwide 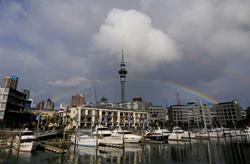 PETALING JAYA:  A study by the American publication International Living rates Malaysia's healthcare system as the third best out of 24 countries in its 2014 Global Retirement Index - beating out Spain, Italy, Ireland and New Zealand, among other countries.

The index, which was recently released by the Baltimore-based magazine, praised Malaysia's healthcare, which scored 95 out of a possible 100 points, as the medical expertise of Malaysian healthcare practitioners is "equal to or better than what it is in most Western countries", according to InternationalLiving.com's Asia correspondent Keith Hockton.

"At this time, foreigners cannot access the public healthcare system here, but the low cost of healthcare and the range of health insurance options mean that paying for healthcare is no hardship. Healthcare costs are so low that you can pay out of pocket for many standard procedures. A regular doctor's visit costs (US)$16 and a dental check-up costs (US)$9," he said.

The monthly publication, which caters to subscribers seeking places in the world to live, retire, travel, and invest, added in a Feb 6 article that Malaysia has "gained fame as a medical-tourism destination as its healthcare is among the best and cheapest in the world."

On the methodology of the index's ratings, the magazine said both the cost and quality of healthcare were evaluated.

"How much a typical visit to a general practitioner tells you a lot, as does cost and the coverage particulars of health insurance.

"Also considered are the number of people per doctor, the number of hospital beds per 1,000 people, the percentage of the population with access to safe water, the infant mortality rate, life expectancy, and public health expenditure as a percentage of a country's GDP," said the magazine.