Are we doing enough to nurture more Zee Avis and Shila Amzahs?

MALAYSIAN singer-songwriter Yuna Zarai was named one of 20-to-listen-to in 2014 by US-based online news site Huffington Post early this month, and it is difficult not to be proud.

It is the dream of most entertainers to get international recognition, and we are lucky to see a growing number of local artistes breaking into global and regional markets in the last decade. 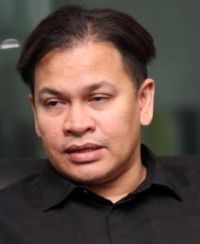 Norman: ‘It is all about the whole package’

However, there is much to be done if we want to see more Malaysian artistes reach global heights, says Recording Industry Association of Malaysia (RIM) chairman Norman Abdul Halim.

The foundations of our music industry are still too weak to compete internationally, he told the inaugural RIM music forum Forumuzik recently.

“We have the talents but we are not doing enough to groom them to be world-class stars,” he says, pointing at the lack of investment in talent development as a core issue.

“There is not enough money to send them for training or make polished, high-quality music videos. Gone are the days when you can just create music and put it on radio. Now, you need to look beyond, see how the artistes connect with the audience. It is all about the whole package,” he says.

True, like most Malaysian artists, Zee Avi and Yuna are self-taught and it is their American record labels that are helping to develop their talent and hone their craft further.

Norman opines that too many Malaysian artistes are launched too “raw” as many record label companies cannot afford to spend too much on preparing them.

This is where the local music industry needs the corporate sector’s help – to develop local budding talents.

“We need to get corporate investment but no one wants to invest in something that will not give them immediate or even guaranteed returns.”

The Malaysian music industry fought back against music piracy in the 1980s and early 1990s to herald the “golden years” at the turn of the Millennium.

“We made more than RM300mil in 1996, and that was mainly from CD sales. As musical content become available online and music file sharing grew, even pirates are finding it difficult to survive,” he notes. The arrival of accessible, legal digital music stores and streaming services to our shores is breathing new life into the industry, with the revenue rising up to RM120mil from RM85mil in 2012 for physical (CD, VCD, DVD and cassette) and digital sales last year.

However, if the Government does not enforce tighter control measures to stop the leakages – such as illegal downloading, file sharing and free streaming – it will be difficult for the industry players to sustain themselves, much less expand their businesses.

“Don’t even dream of attracting the corporate sector to invest in the industry,” says Norman.

“It’s a question of the talent pool. How can you have world stars when you have such a small pool of people in the scene. And to get more young people into the scene, we need to make it viable for them and their parents. Now, parents do not want their children to get into music because tak boleh cari makan (cannot survive).

“The small talent pool that we already have meanwhile cannot focus on their art and hone their craft because they have to get a part-time job to survive,” says Wong who is based in Hong Kong.

“Look at One Direction; they are the biggest act everywhere in the world except Korea. Everyone in the music industry is saying that they are perfect for the Korean market because of the popularity of boybands there.

“But I always tell my American and European colleagues, ‘No, they just won’t sell there – because Korea has many (One) Directions. Look at their boybands – they are technically polished, they are very well-groomed and have better quality music videos. They may repeat the same words over and over again in their videos, but the videos have high production values while their songs are catchy and their dances are fun. There is an art to it,” he points out.

Other than the money and time invested in artiste development – many of the K-pop stars start training at age 10 and even have their plastic surgery operations paid for by their talent management agencies – what we can learn from K-pop is their niche marketing and corporate-music industry partnership.

As Wong highlights, K-pop only represents around 40% of the whole Korean music market. The rest of Korean music from traditional to indie rock doesn’t really travel overseas but it has a strong base of domestic fans who buy their music and support their live shows.

“But K-pop are really owning the boyband genre at the moment. Their market positioning is very detailed – for example, they have bands tailored for 11-year-old girls of a certain type, or girl groups targeted at 16-year-old teen boys from a certain strata. Their level of planning and discipline in training is also staggering. Even I, who have met many global producers, find it so unbelievable,” says Wong, stressing that local artistes need to understand that the world’s standards are very high now, and we need to work hard if we want to meet it.

“It does not matter if we want to promote Dangdut or Asli music, it just needs to be world class.”

This is what is lacking in our music industry – a celebration of our diverse music scene, Norman opines.

While the fragmented music markets do pose some problems, we should also look at the opportunities they create, says Norman.

“We have seen our Chinese artistes breaking into the Chinese markets like China and Taiwan, such as Fish Leong and Michael Wong. Then, of course, we have Shila Amzah who made the effort to learn Mandarin to break into China’s music market. Or Yogi B and many other Tamil singers, who have broken into the South Indian market.”

It is more difficult for English language artistes, Wong and Norman agree, but the success of people like Zee Avi and Yuna shows that it is not completely impossible.

At the same time we need to be realistic – we cannot penetrate every market, says Norman.

“Or not everyone who can speak Mandarin can become a global star but it doesn’t mean we should not try. We just need to understand the market and what people want.

“Even though music is universal, we have to realise that people’s preferences are individual and unique to each person. It depends on things like the music genre, lifestyle, language and others. There is nothing racial or political about it.”

Crucially, each segment needs to be treated equally and receive fair support.

In truth, many of the artistes who have ventured abroad are doing it independently but, says Wong, this is where a partnership with private corporations will be useful.

“Take Samsung, they tie up with K-Pop bands to sell their brand. Or the Korean government campaigns. Big Bang, which was distributed by Warner, for example, had a concert in Peru in 2012 which was sponsored by Samsung. It gave them both the chance of exploring a new market, and they were sold out!” says Wong.

Ultimately, he adds, it is about the quality of the particular music act, which cannot be developed without having the right ecosystem.

“No corporation will accept a partnership with a brand that has an inferior quality.

“So, it is everyone’s responsibility from the industry to the artiste and government and corporate sector to develop quality and world-class artistes. We need to work together for the future – so that someone who is three years old now can become a Malaysian global superstar when he is 23, or even 13!” Wong notes optimistically.