Haunted by the supernatural

Paranormal phenomenon: Villa Nabila is said to be one of the spookiest places in Malaysia.

THE “otherworldly abduction” of a hormonal teenage boy at Villa Nabila in Johor Baru and 30 others last week turned out to be an ordinary hoax.

But the interest in the paranormal phenomenon - the supposed haunted mansion is dubbed as one of the five spookiest places in Malaysia –proved to be extraordinary.Supernatural enthusiasts nationwide flocked to the southern state just to view the crumbled ruins.

Why are we so fascinated by the supernatural, even when the mere thought of it makes us weak in the knees? 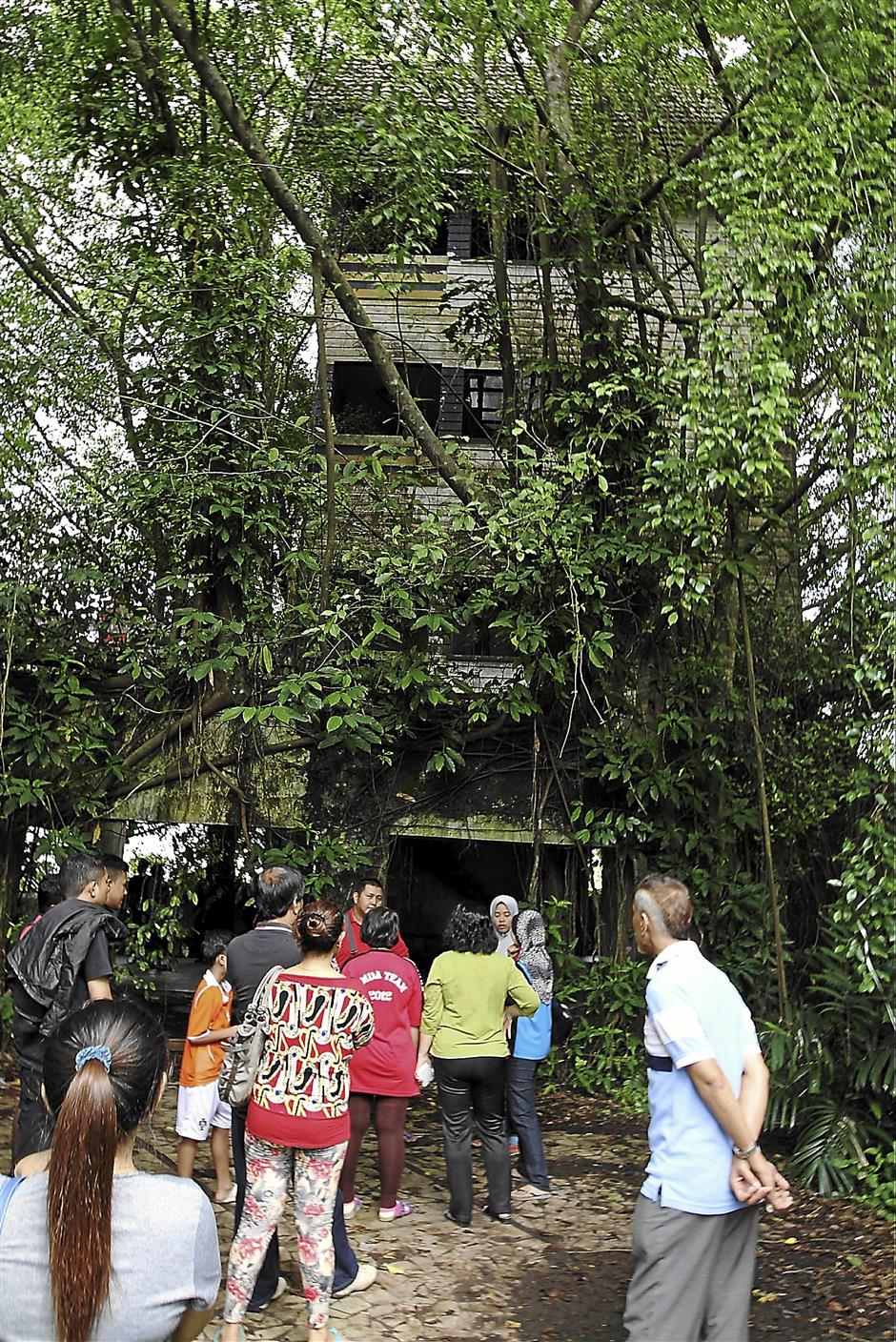 Paranormal investigator and Malaysian Paranormal Research founder Arwin John believes it is because anything that sounds or looks strange often becomes the subject of fascination for the general public, and ghosts have been a hot topic since the beginning of civilization.

“When the mind can’t comprehend, it only tends to seek confirmation to explain what can’t be explained by simple terms – this is why humans are fascinated with the subject of ghosts,” he says.

Here are a few other “most haunted” places in Malaysia for the casually curious and seriously dedicated supernatural aficionados to check out. 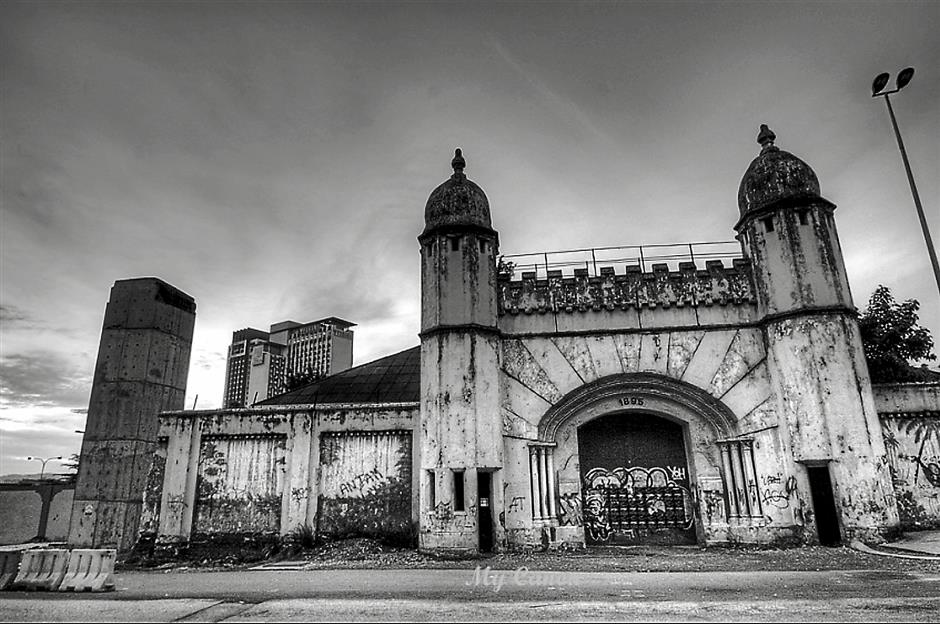 LOCAL paranormal investigator Adam Vai claims the former number one prison in Malaysia is the spookiest ghost haunt in the country.

Shock, horror, gasp... this was only where vicious criminals were detained and executed.

According to records, death row convicts were held at Block D – where some 180 convicts were reportedly hanged to death from 1933 to 1960. Incidentally, this was where Adam, who investigated the prison with his crew Penyingkap Fakta 666 a few years ago, not only heard weird voices and footsteps, but also caught on camera “something” glaring back from one of the empty cells. Bad news, though, spook hunters, the site has now been cleared for a new mall. 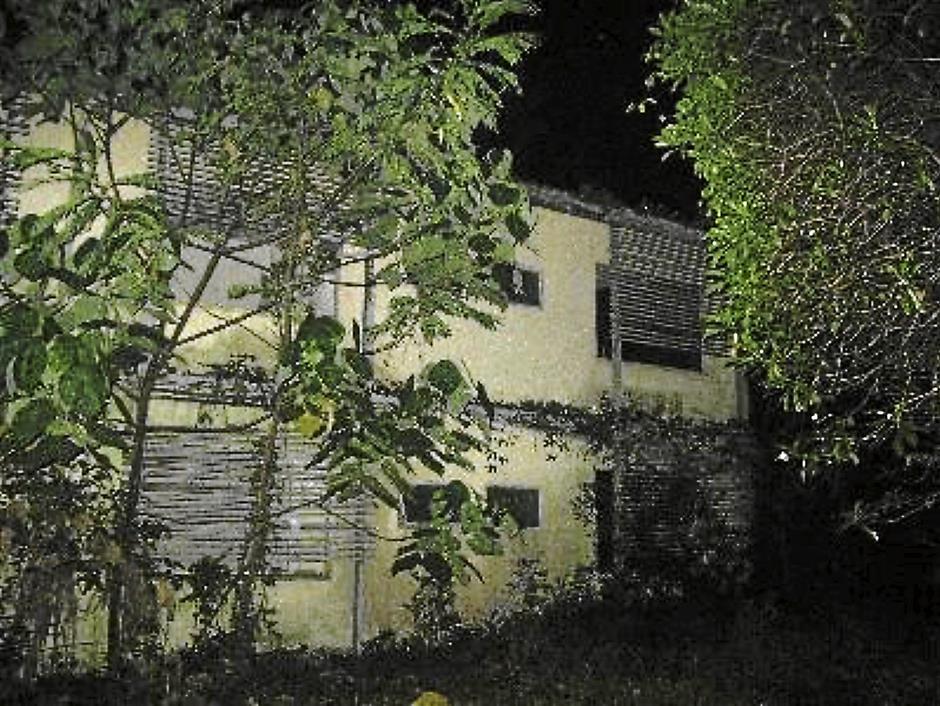 PREVIOUSLY known as Kenny Hills, Bukit Tunku is a leafy area with British colonial houses, need we say more? Surprisingly, the most common haunting here is a phantom motorcyclist who was reputedly killed while racing there. Those looking for haunted houses in the area will be disappointed to know they have been torn down, except for one, an old British colonial house apparently waiting to be found ... 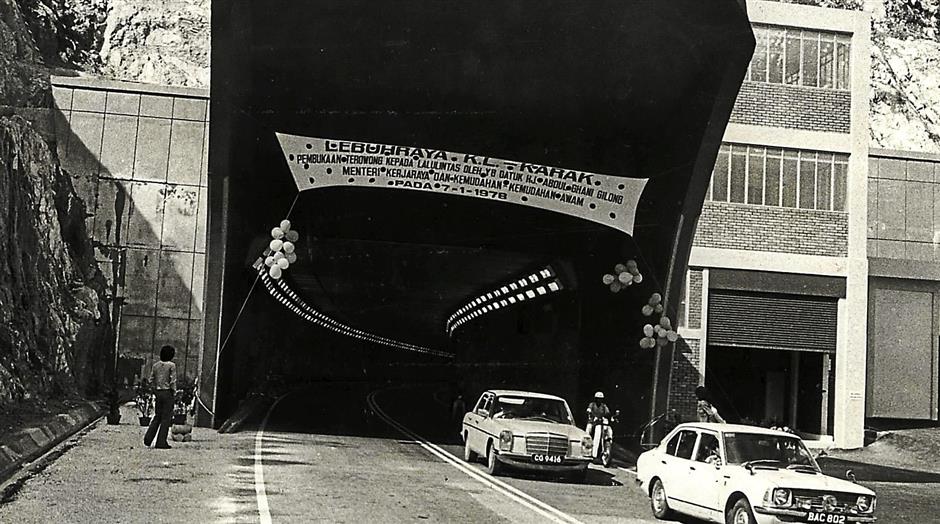 ACCIDENT-PRONE roads are infamous for ghost tales – Karak Highway (pic), anyone? Another local campfire favourite is George Town’s Deadly Junction. The junction allegedly can make you crash your car if you drive by it in the wee hours of the morning. Commuters have also witnessed a lady carrying a child by the road. It’s really just a tree (in the shape of a woman with a child), but as the story goes, a female bomoh who once kidnapped her sister’s son, vanished into thin air there. 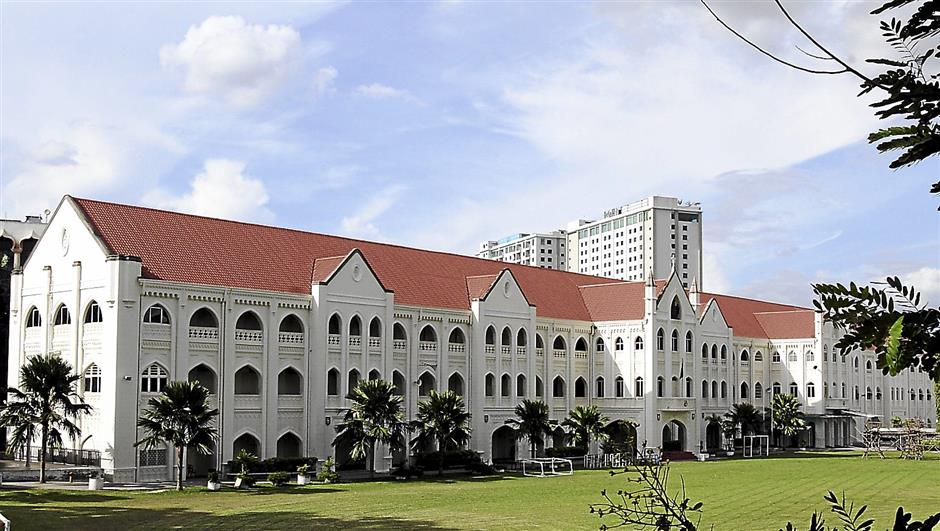 SCHOOLS – another thriving abode for supernatural phantasms in Malaysia. Everyone who attended one of the missionary schools in the country will have a story to tell, all related to the Japanese Occupation.

St Michael’s Institution is believed to be a Japanese secret police headquarters, and obviously a torture centre, during the war.

The school building also reportedly has many tunnels – now sealed off – that were used by the Japanese soldiers and prisoners. Most of the sightings, however, purportedly occurred in the fourth floor chapel, where a headless Brother (one of the missionary founders of the school) in a black robe was seen “praying” in front of the monks’ quarters. 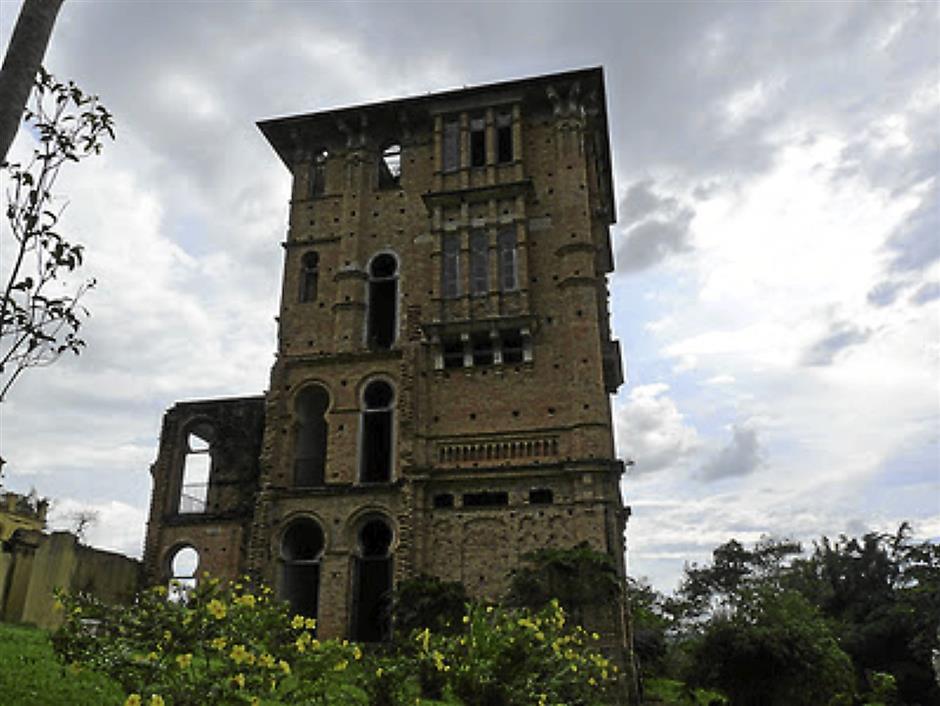 KELLIE’S Castle is reputedly haunted by its Scottish planter owner William Kellie Smith, who built the castle for his wife in 1915.

He died mysteriously, however, before the building was completed, and the half-built castle has been left abandoned ever since. It is no wonder the castle has been breeding reports of strange screaming at night, doors closing on their own and the apparition of a little girl. 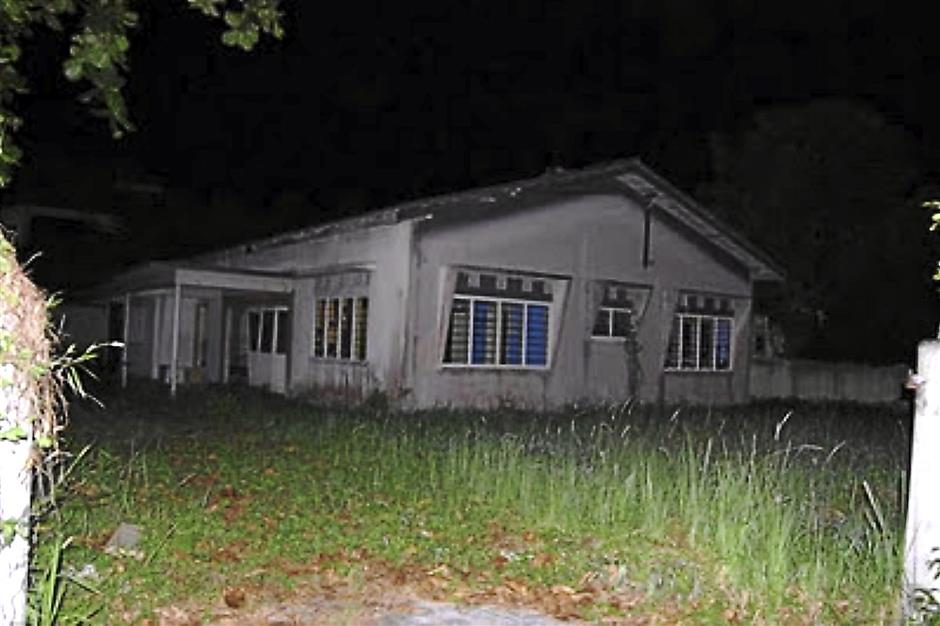 MORE than two decades ago, a bodyguard gruesomely murdered two American siblings and their maid in this Jalan Turi bungalow in Taman Bukit Bandaraya, Bangsar. The three bodies – cut up into tiny pieces – were found in the bungalow’s sewer at the back of the house. The kids’ school books and toys could still be found there until recently, when the house was demolished. 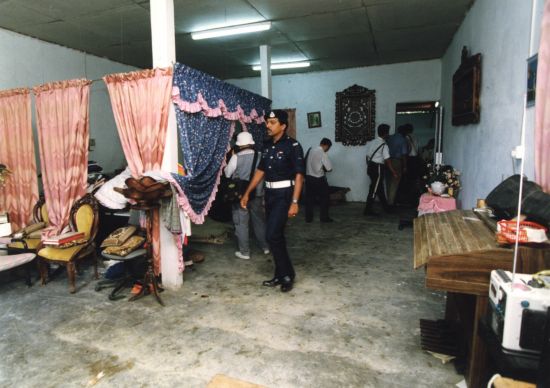 WHO has not heard of Mona Fandey, a bomoh who allegedly used black arts to help politicians gain power?

She was convicted and hanged for killing Batu Talam assemblyman Datuk Mazlan Idris in a black magic ceremony gone wrong in 1993. Mazlan’s body was found decapitated and hacked into 18 parts in a hole near Mona’s uncompleted house in Raub, Pahang.

The house attracted many paranormal hunters after she uttered her famous last lines before her hanging: “I will never die.” Never completed, only concrete pillars are left of the house now.

Lately, stories of Mona haunting the Raub lock-up, where she was initially held after her arrest, have been circulating online. Witnesses claimed they heard crying, felt someone breathing down their neck and as if they were being watched.

NEXT WEEK: Is there something strange in your neighbourhood? Well, what do you know, there are more than a few “ghostbusters” right on our doorstep that you can call!