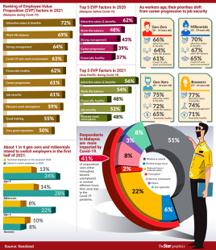 PETALING JAYA: The job market has become more competitive over the years with more people with the same kind of qualifications.

The situation is making it more difficult for job seekers to get employment, and discrimination does not help.

Many online job seeking companies have come up with guidelines and even vetting systems which disallows employers from adding discriminatory requirements in their advertisements.


MyStarJobs’ online recruitment system for example, does not allow advertisers to specify if they prefer male or female job applicants, or any specific age range for any hiring.

It’s head Serm Teck Choon said that they work together with various parties such as TalentCorp to ensure diversified opportunity can be found on their sites.

"We have many initiatives such as working with TalentCorp to encourage companies to offer flexible working arrangement and such project is in line with our belief that diversity in workplace should be encouraged,” he said.

Despite such efforts, the choice of whom to be called for interviews still lies with the companies themselves and there is not much other parties can do to help.

Recently, a posting by a Facebook user claiming that she could not get a temporary job as a sales person in retail outlets because she wears a ‘hijab’ or tudung, created a debate among other users.

The post, in which the author claimed that she never felt as disgraced even when she was living in Muslim minority countries for several years, was shared by many who shared similar experiences.

A Facebook user, who only wanted to be known as Aleen, said that it was not only in the retail industry does such discrimination exists.

“I studied a media-related course and have been looking for a job related to what I studied for.

“Unfortunately, I was rejected by many companies because I wear a ‘Hijab’, which they said will not look good when you have to dress in corporate clothing,” she said, adding that she was even told by some companies that she might get a job if she was willing to get rid of the ‘Hijab’.

Aleen said that she applied for jobs in Public Relations industry and hotels for the most part.

Most companies that The Star Online contacted, however, refused to be quoted but said that the wearing of ‘hijab’ was never an issue.

Malaysian Association of Hotel Owners president Datuk Seri Abdul Aziz Abdul Rahman said that in the hotel industry, such discrimination did not exist.

“I do not see the problem. It is just attire which I am sure the foreigners and other customers are used to seeing on Malaysian women.  I have not heard of such incidents, at least not in the hotel line,” he said.

“I think the industry is quite diversified and discriminations in any form does not come into play,” he said.

Stating that they were only able to conduct the study in the private sector, Lee said that the results that showed that Chinese applicants had an upper hand, was expected.

Lee said that the experiment was done as there were many opinions made from anecdotal evidence, personal experience or hearsay.

“I wanted to step back and examine the issue empirically and credibly,” he said.

The study involved the distribution of resumes of fictitious Malay and Chinese candidates to real job advertisers and comparing the number of callbacks candidates of each race gets.

“We ensured that the Malay and Chinese applicants in our pool were similarly qualified. We controlled for quality, in the way that experiments isolate the effect of the determinant in focus by controlling for – in other words, taking away – the effects of other determinants, “ Lee said.

When questioned on why only two races were chosen for the experiment, Lee said that the predominant images of labour market discrimination that form in our minds pit Chinese-owned private sector businesses against Malay graduates and a Malay dominated public sector against the non-Malay workforce.

He added that they faced practical difficulties as the duo considered including other groups such as preparing larger number of resumes, which in turn will require more manpower to process.

The result of the experiment showed that in private sectors, race mattered.

“Chinese applicants are much more likely than Malay applicants to be called for interview. Quality also matters, but much less so,” Lee said.

He added that some skills such as proficiency in Chinese dialects increased the chances of Malay applicants but not by much.

“This research just examines discrimination in selection for interview, not the job offer stage, let alone employment and promotion, which impact further on our economy and society.

“Investigating discrimination at those levels is controversial and difficult, if not impossible, since it will involve research assistants posing in person as job candidates,” he said.

Lee said that although the experiment did not answer the burning question of why such discrimination occurs, it was a starting point.

“Perhaps some employers expect Malay applicants to not socially fit into the company and hence do not bother calling them for interview, or perhaps they feel a need and justification for private sector to counterweight the pro-Malay policies in the public sector.

“We cannot confidently evaluate these arguments without further study. Emphatically, we must not be hasty to blame the discrimination we detect on malevolent motives and racial stereotyping, prejudice or bigotry,” he said.

Lee added that this was an issue we need to dwell on seriously as a nation.
Article type: metered
User Type: anonymous web
User Status:
Campaign ID: 46
Cxense type: free
User access status: 3
Join our Telegram channel to get our Evening Alerts and breaking news highlights 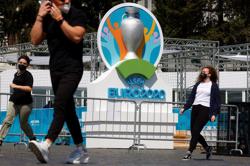