Is Malaysia ready for an opt-out system when it comes to organ donations?

HOW long does one have to wait for a new kidney in Malaysia (for those on the organ transplant waiting list)?

As at Jan 31 this year, there are a total of 16,479 people on the waiting list. Of that, 16,449 are waiting for new kidneys. Compare this against the donor figures.

“You can do the calculations yourself but, generally, most patients wait for more than 10 years to get a new kidney. I know of patients who have been on dialysis for 28 years,” he says.

Not surprising, as Malaysia has one of the lowest cadaveric organ donation rates in the world, according to the World Health Organisation (WHO)'s Global Observatory on Donation and Transplantation (GODT) 2010, at 0.7 per million population (pmp).

With such a low rate, should Malaysia consider an opt-out system?

The opt-out system presumes one has already given his consent to be an organ donor upon his death, unless there is expressed objection, explains National Transplant Resource Centre head Dr Lela Yasmin Mansor.

“So as long as there is no expressed objection, the state or the hospital has the right to take a deceased person's organs because it is presumed that that person would have wanted to donate them,” she says.

This differs greatly from the current opt-in system Malaysia practises.

“Opt-in means there's expressed consent, in verbal or written form, by the donor or his next of kin,” Dr Lela explains.

“Even for registered donors, we still ask his family for consent. Conversely, even if that person has not registered, his family can decide to donate his organs and tissue.”

What are the benefits of an opt-out system?

For one thing, it contributes to a rise in the number of consenting donors. It also greatly simplifies the hassle for people who want to donate their organs.

“There are many reasons why people do not sign up, or think about signing up (as organ donors) one of which is that people are just lazy.

“For many, it's just too much work to think about donating their organs, to look up information and to register. The opt-out system takes away all that process of having to sign up. If you want to donate, you don't have to do anything,” Dr Lela explains.

Instead, the onus is on those who do not wish to donate their organs to inform the authorities.

There is another point for the opt-out system it puts everyone on a level playing field.

In a debate conducted by The Independent in the United Kingdom, one of the arguments for the system is it would deal with the issue of “free-riders people who will take organs if they are ill, but would not have considered being a donor”.

An article in the New York Times' blog, Well, titled “In Israel, a new approach to organ donation” also highlights this problem.

While Israel still practises the opt-in system, Dr Jacob Lavee, a cardiothoracic surgeon initiated a new programme giving transplant priority to patients who have agreed to donate their organs.

He began his work on the programme after noticing a kink in the existing system through two of his ultra-Orthodox, Haredi Jewish patients who were awaiting heart transplants.

They had confided in him that “they would never consider donating organs, in accordance with their Haredi Jewish beliefs, but they had absolutely no qualms about accepting organs from others”.

However, the opt-out system has its critics.

“We must always remember that an individual is not an individual alone. He is a member of a family, and the opt-out system seems to be totally disrespectful of the rights of the family (particularly in the “hard” approach).

Dr Shad's other contention with the opt-out system is that it seems to contravene basic human rights principles.

“My human body is a gift to me from God, and this system seems to be an assault on our rights to our own bodies. On a matter as big as this, there should be no such thing as (being) silent means consent. Expressed consent should be required,” he argues.

However, Dr Shad is also quick to clarify that he is in full support of voluntary organ donation (opt-in system) and that there should be more education on this topic.

“With the opt-out system, for you to presume consent, the potential donor must first be educated about his options, and that he has a right to express his objection,” she says.

But she believes that having an opt-out system alone will not raise the number of cadaveric donations.

“You need to have a good infrastructure the mechanisms, logistics etc. Do you have enough doctors to cope if there is a sudden increase in the number of donations and transplants?

“You need good laws in place laws that will safeguard the rights of the donor, recipient, doctors and the medical staff. It must be all laid out clearly so there is no fear.”

Even the definition of death should also be stated in the law.

“At the moment of brain death, even to switch the ventilator off, some doctors will ask Is this legal?'

“Malaysia tends to hold a cautious approach in determining brain death (two tests are done within a six-hour interval, before a person can be declared brain dead), while in many other countries it is easily accepted, as it is defined in the law,” she explains.

The law should also have provisions to monitor and penalise abuses.

“More importantly, more people need to be educated on organ donations, before we can think of implementing the opt-out system. If society is not for it, it will not work, even if it is imposed.

“Every individual and every citizen in the country must understand the system. They must know that they have the right to object if they do not want to be a donor, and there must be a way for them to express that objection,” she says.

Singapore is one country that employs the opt-out system.

According to Live On (www.liveon.sg), the organ donation site run by Singapore's Health Ministry, “the Human Organ Transplant Act (HOTA) allows for the kidneys, liver, heart and corneas to be recovered in the event of death from any cause for the purpose of transplantation”.

HOTA was first implemented in 1987. As of Nov 1, 2009, all Singaporean citizens and permanent residents above the age of 21 (who do not have any mental disorder), are included under HOTA unless they have opted out.

For those who wish to donate beyond the scope of HOTA, there is the Medical (Therapy, Education and Research) Act (MTERA), an opt-in scheme for people to pledge their organs, tissues, or any body part for the purpose of transplantation, education or research upon their death.

The site explains that all Singaporean citizens and permanent residents (PR) who turn 21 years old, or foreigners who obtain citizenship or PR status, will receive a letter from the Health Ministry informing them that they will be included under HOTA, and that they can opt out if they object to having their organs recovered upon death.

“Anyone who decides against having his organs recovered upon death can do so by completing the Objection to Organ Removal under Section 9(1)' form and send it to the National Organ Transplant Unit,” the site states.

Apart from Singapore, many European countries Spain, Austria, Belgium and Norway also employ the opt-out system with the aim of increasing the number of cadaveric donors in their respective countries.

The United Kingdom, while still practising the opt-in system, has also seen a lot of discussion and debate on this topic.

A new organ will mean a much better quality of life for those who need it.

Citing the example of his patients with kidney failure, Dr Ghazali says that while haemodialysis or peritoneal dialysis can sustain life, it is far from ideal.

“Patients who are on haemodialysis need treatment three times a week. They will have to live with this process for the rest of their lives until they get a transplant, or they die.”

The dialysis process itself is four hours long, but patients usually spend much more time than that for one session.

“They need to make their way to the dialysis centre, and treatment doesn't start the minute they get there. Sometimes the machine is not ready because another patient has just got off it. They need to wait. After dialysis, some patients (particularly those who have just started going on dialysis) may feel nauseous or unwell. They may need to rest for another 15 or 30 minutes. Then they need to make their way home. All this is time wasted that could have been spent with their family or at work,” he says.

Dialysis patients also have to observe a strict diet.

“After a while, a patient who is on dialysis will have no more urine. Waste is removed through dialysis, so they need to be very careful with their water intake not just drinking water, but even fruits, soup, vegetables, etc. With our hot Malaysian weather, it can be hard to control water intake.

“Dialysis patients will also have problems travelling; even a simple balik kampung during the festive season can be a challenge. If they're travelling for just three days, they will have to first arrange for a place where they can have their haemodialysis. It's easier said than done sometimes centres are full ... it's not always easy to find a centre on short notice,” he says.

Patients on dialysis will also find it hard to gain or retain employment.

While everyone agrees that the idea of saving another person's life is a noble one, whether Malaysia is ready for the opt-out system remains to be seen.

“I think there should be a full debate on this topic. The public needs to be thoroughly engaged in discussion before decisions are made and policies implemented.

“Good things must be done in a good way,” Dr Shad concludes. 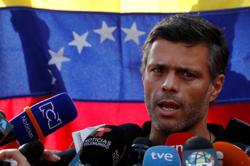