KUALA LUMPUR: The Department of Islamic Development (Jakim) will issue fresh guidelines on the certification of halal food, services and consumer products in the light of recent controversies over the matter.

Jakim's Halal Hub division director Hakimah Mohd Yusoff said there were cases of businesses being overzealous to prove their halal-compliance or had tried to capitalise on the halal demand by excessively certifying as many products as they could.

“We have received applications to certify products that do not need it - from eggs and vegetable to furniture,” she said.

She also cited a case at a hotel in Petaling Jaya, which designated a “halal lift” for delivery of halal products to their restaurants while non-halal products were carried up the stairs.

This caused a furor on the Internet, with many slamming the hotel for discrimination.

Many netizens were also rankled when pictures of a “non-halal parking” sign allegedly due to a mistake by the designer at the 1Shamelin Shopping Mall were circulated on social media networks. The mall management has since replaced the sign, clarifying that it was a mistake by a designer.

Hakimah said having a guideline and standard of procedure for the halal assurance system can help alleviate unnecessary controversy.

Applicants will be given a halal certification when Jakim officers are satisfied they have put in place a management system and operation procedures to ensure their products or premises are “really halal”.

“The boom in the halal industry has drawn many entrepreneurs, including non-Muslims,” said Hakimah.

“They say having a halal logo and label will add value to their products or businesses, and give them an edge over their competitors. However, many now jump into it without fully understanding.”

There are around 2.1 billion Muslims worldwide and last year alone, Malaysia exported some RM35.4bil of halal products.

Concurring that the market potential has attracted many businesses, Muslim Consumer Association Malaysia executive secretary Datuk Nadzim Johan said it was important for those interested in venturing into the halal business to understand the whole concept. 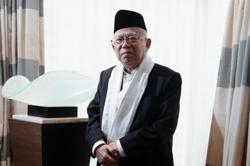