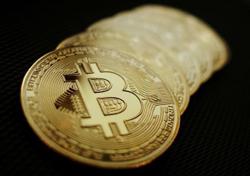 A minimum one million ringgit may be just what one needs to retire comfortably these days.

In the first year upon retiring, he spent about RM30,000 of that total. At the rate he was going, Mazlan, 57, knew the money would not last long. So he decided to go back to work for his former company last year.

“Luckily I don't have anything to pay off such as my house or car. Also, my children are all grown up,” says Mazlan, who feels that he can only retire if he has RM1mil in savings.

For the lower income group, RM1mil may seem beyond reach but to others, especially those living in the cities where cost of living is much higher, it may just be the minimum amount one would need to have in the kitty before thinking of retiring.

According to the Global Ageing Report by The Nielsen Company released in February this year, about 56% of Malaysians retire, or express their wish to retire, before turning 60.

However, only 21% believe they are financially ready to retire. Another 44% are unsure while 35% are currently not financially set for retirement, according to the report.

For instance, many have yet to settle their housing loans or they live in rented accommodation. With prices of fuel and food spiralling, it is not an easy ride for retirees who also have to worry about medical expenses.

Given that the average life expectancy of a Malaysian is 74 years, retirees have about 20 years of living without income to “worry” about. This is after taking into account that they have settled their mortgages and car loans and do not have to worry about their children's education.

Rajen Devadason, a Securities Commission-licensed financial planner with MAAKL Mutual Bhd, estimates that between 80% and 90% of middle-aged urban Malaysians will need between RM500,000 and RM5mil to retire well in the next three decades.

“Most people will never succeed in building a retirement nest egg of that size because they are not pursuing it as a major life goal with dogged determination,” he opines.

Echoing Devadason, Yap Ming Hui, managing director of Whitman Independent Advisors Sdn Bhd, believes that those in urban settings such as Klang Valley would need at least RM1mil to retire.

He says if one spent about RM4,000 a month, a million ringgit could last about 20 years after taking into consideration inflation.

“A million ringgit in 20 years won't be that much because of inflation,” he adds.

Most Malaysians rely on their EPF savings to pull them through their golden years while pensioners survive on half their last drawn salary.

According to the 2010 EPF report, most Malaysians have an average RM146,000 in savings by the time they retire.

More worryingly, a survey by the EPF showed that 70% of retirees use up all their EPF money within three years of retiring. And 99.9% of the contributors reportedly withdraw their EPF savings in a lump sum once they reach 55.

“Many Malaysians think their EPF savings are sufficient but they definitely need more than that. Quite a lot of people have to work again because they can't really afford not to,” says Credit Counselling and Debt Management Agency (AKPK) CEO Akwal Sultan.

Author Azizi Ali, who wrote the book Retire Rich, says the propensity to spend after retirement might even be more than when one is working.

“Do you spend more during weekdays or weekends? Most would say weekends. When you are retired, every day is like a weekend,” he says, adding that most people don't even have 50% of what they need for retirement.

“This is scary, yet many people don't realise this. To be poor in old age is the ultimate prison. If you are young, at least you can work.”

It is for this reason that people have to start financial planning for retirement as early as possible, and Devadason believes those who manage to hit the million ringgit mark when they retire are those who began saving and investing in their 30s or 40s.

“Every person who is willing to sacrifice short-term thrills for long-term value can build up a savings and investment portfolio that eventually exceeds RM1mil,” he says.

Yap points out that most Malaysians tend to under-save or under-invest.

“It won't matter how much you earn if you can't save money. One should always live within their means,” he advises, adding that salaried workers should save at least 30% of their gross income.

The second rule, says Yap, is investing so that money will grow higher than the rate of inflation.

“If you put your money in a fixed deposit account, you are going to get about 3%. What if the inflation is 4%?

“But if you put your money into something that grows by 8%, your money will grow 4% (after deducting 4% for inflation),” he elaborates.

There are many investments that grow faster than the rate of inflation; like property, the share market, unit trust funds and commodities such as gold. The golden rule of investing, of course, is not to put all your eggs in one basket, says Yap.

Both Devadason and Yap recommend investing EPF Account One savings in portfolios such as unit trust funds. Furthermore, Yap suggests investing this money in equity or balance funds.

“More often than not, those with long-term investment time horizons exceeding seven years have succeeded in that goal of earning compounded returns above those of EPF,” says Devadason.

Financial advisor Cheong Mei Kay, who gives advice on www.mckeycheong.com and deals mainly with clients from the ages of 19 to 35, finds that many in this age bracket don't think about retirement.

“I believe they are aware but they don't take any action. They tend to think it's still too early for them to think about retirement,” she says.

Cheong, 24, usually tells her young clients to start allocating a certain portion of their income for retirement.

“Young people usually know how to spend and don't save as early as they can. I would advise them to do so when they start earning.”

Cheong says while many people accumulate wealth, it is more important to grow it.

Her advice to youngsters is to start with some low risk investment or savings like fixed deposit or a saving account in an insurance company before attempting medium-higher risk investments.

“It's like building a house. You must build up the base first.”

Related Story: Going for the first million isn't all that hard