By At Your Service
DATUK JALILAH BABA
Director-General MIDA 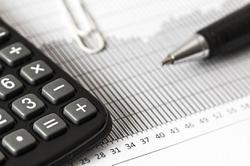 With a corporatisation and empowerment exercise in the pipeline, Mida expects to boost the country’s FDI and domestic investments.

THE Malaysian Industrial Development Authority (Mida), over four decades, has assumed a pivotal role in the successful transformation of the economy, from one heavily dependent on agriculture and primary commodities to one driven by exports of manufactured goods, with a shift towards high-technology, knowledge-based and capital-intensive industries.

During the period, it achieved significant success in attracting and facilitating investments in the manufacturing sector.

Today, Mida has to compete with many international investment promotion agencies in order to attract and retain foreign direct investment (FDI). It is also tasked with promoting domestic investments and also entrusted with an additional role to promote investments in the services sector, which is identified as a key source of growth.

The international economy and business environment is changing in dramatic and fundamental ways. It is crucial for Malaysia to remain competitive in attracting private investments into the country, amid rising competition from other regional economies, to ensure that the country’s long-term growth remains intact.

In line with the vision to achieve developed nation status, where the services sector is expected to be the main engine of growth followed by the manufacturing sector, the Government recognised the urgent need to relook at the role and functions of Mida. Against this backdrop, the Prime Minister announced that Mida would be corporatised to facilitate its new role and functions.

It is important to note that the changes announced by the Government will entail additional responsibilities for Mida in its efforts to enhance FDI and domestic investments.

The corporatisation of Mida will give it the organisational flexibility to create, attract and retain the necessary manpower it needs in order to be a regionally competitive national investment agency.

The Prime Minister also announced that Mida will be empowered to negotiate directly with investors and coordinate the promotion efforts of various agencies in the country, including the regional corridors. There will be a delegation of power from authorities to Mida to further streamline existing work procedures and reduce bureaucracy in order to enhance the delivery system.

Additionally, the new Mida will act as the central agency responsible for coordinating and streamlining approvals of various agencies at one committee, the National Committee on Investment.

The corporatisation exercise will raise several issues, including whether Mida can maintain its regulatory and administrative power over investment matters, such as evaluating and approving projects and incentives.

As a government agency, Mida is currently under the purview of the Mida Act 1965, Industrial Coordination Act 1975 and Investment Promotion Act 1986, which allow the agency to conduct its functions as a statutory body. Thus, the empowerment and corporatisation exercise will require amendments to these acts to allow the new Mida to effectively perform its functions.

Throughout the years, Mida has also developed a unique set of cultures and values that has been embedded in the heart of the employees. The corporatisation will require Mida to develop a new set of values in order to be more aggressive in attracting investment, foreign or domestic.

In line with the corporatisation exercise, it will be crucial for Mida to strike a balance between existing staff and outside talent in career development, to ensure fair treatment where only qualified and capable personnel are given the opportunity to rise up the career ladder. Bringing outside talent is another challenge as it will also require attractive compensation packages to lure and retain capable manpower. Therefore, Mida has to formulate strategic human resource policies to identify niche areas which will require expertise in various fields.

Mida is in the midst of considering various models for the new corporate entity. The change from a government to corporate entity will invite resistance from employees. Managing staff unhappy with the corporatisation exercise are another major task for the Mida management.

Some employees will opt for the corporatisation model, some will not, and the management faces challenges to convince the majority on the benefits of corporatisation.

Changing the mindset of the staff is a big challenge as they are used to the working environment of a government agency for too long. Some of them may even try to undermine the management’s efforts to push through corporatisation.

However, Mida has taken steps to convey the rationale behind the corporatisation by conducting many briefing and information dissemination sessions through its assembly and bulletins.

With the corporatisation, Mida is currently on a task to attract high-quality investments as the country has targeted 12.8% of investment growth per annum. Mida, in its new corporate entity, has to promptly respond to the applications from investors. It has to fulfil high expectation from its clientele, from the public and private sectors, who demands speed and efficiency in delivery.

In this context, Mida has an important task to ensure investors are satisfied and confident to conduct businesses in Malaysia by facilitating their investments projects with diligence.

In line with Mida’s corporate mission to position Malaysia for global competitiveness, this national agency will step up efforts to boost the country’s investment environment by providing services with excellence. With the corporatisation and empowerment exercise, Mida is in the right track to become the most admired investment promotion agency in this region. 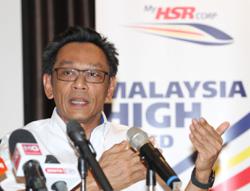