They were charged with criminal breach of trust (CBT) and cheating amounting to about RM380mil at the Sessions Court here.

Kuala Dimensi is the turnkey contractor for the PKFZ project while BTA Architect is the project consultant.

All three pleaded not guilty.

Phang, dressed in a turqoise blouse and black slacks, was accused of committing CBT in her capacity as the general manager, having been entrusted with funds in disbursement accounts in RHB Bank Berhad between Oct 1, 2004, and May 9, 2006.

She was brought to court in a police vehicle at 1.55pm, but was not handcuffed. Her husband and daughter were with her.

Phang was also ordered to surrender her passport by 3.30pm on Jan 12, so she could still make a trip to the United States from Dec 14 to Jan 9. The judge also fixed Jan 12 for mention.

Steven and Tan, who were also not handcuffed when brought into the court, were jointly charged with two counts of cheating PKA by misleading the authority into believing that the 33kv system to Precinct 2 and Precinct 8 for the PKFZ had been completed when they knew otherwise.

The offence was allegedly committed at the PKA office here on July 31 and Sept 28, 2007.

Tan was also slapped with another 26 counts of cheating PKA by misleading it into believing that the system’s electrical infrastructure works had been completed when he knew otherwise, thus deceiving PKA into paying RM122.267mil to Kuala Dimensi.

He was accused of doing so with another person, who is still at large, at the PKA office here in 2006 and 2007.

The court fixed Feb 4 to mention Abok’s and Tan’s case.

Abok and Tan were handcuffed as they were led to the court registry to post their bail. So was Phang.

They were picked up from their homes in Petaling Jaya and here by a team of police officers from the federal Commercial Crime Department following months of investigations.

The PKFZ controversy arose after the cost to develop the 400ha integrated cargo distribution hub spiralled from RM2bil to RM4.6bil.

Phang, a former civil servant, was the first woman to head PKA and helmed the authority from 2001 until last year. Chan was minister from 2003 to 2008.

The task force found the possibility of fraud, including overcharging and unsubstantiated claims of more than RM1.6bil by Kuala Dimensi. PricewaterhouseCoopers Advisory Services (PwC), commissioned to look into the PKFZ project, estimated that based on current projections of revenue and costs, including interests, the project could eventually cost up to RM12.45bil. 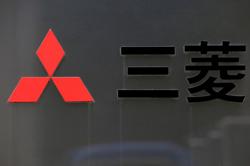 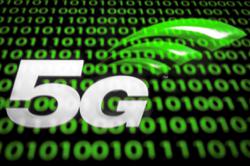