"Finding a solution to the crisis is crucial to Barisan Nasional, but it will depend on the willingness of the two camps in MCA.

"The sooner the crisis is resolved, the better, but we will have to wait until both sides are willing and also if there is a party who wants to become a mediator and so on," he told reporters after the opening of the inaugural National Economic Advisory Council meeting here Friday.

Najib was asked to comment on pressure by some MCA divisions in Johor for Datuk Seri Ong Tee Keat to take a break temporarily from carrying out his duties as party president until several issues associated to him were resolved.

"I hope both sides will always think of the interest of Barisan. Don’t let the crisis result in the public and voters rejecting MCA or Barisan. That is worrying," Najib said.

Najib reiterated that he would have to adhere to the principle of Barisan Nasional that internal matters, including disciplinary issues, were at the discretion of the respective component parties.

He also stressed that the ruling coalition’s interests should be taken into account, which meant that MCA was required to be strong to represent the aspirations of the Chinese community and Malaysians as a whole."

Asked to comment on the rift in Terengganu Umno, Najib said: "We are making efforts to appease the situation."

Speculation has been rife recently about trouble brewing in Terengganu Umno. 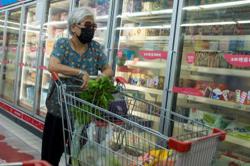 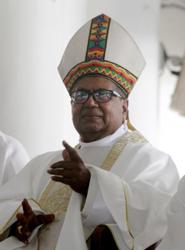