GEORGE TOWN: The Syariah Court of Appeal ticked off two lawyers for not preparing written submissions in time for the court to hear an appeal against a High Court’s decision allowing Muslim convert Siti Fatimah Tan Abdullah to revert to her original faith.

The Court of Appeal, comprising judges Datuk Ibrahim Lembut, Datuk Muhammad Asri Abdullah and Datuk Abu Bakar Ahmad, told off counsel for the State Islamic Religious Council (MAIPP), Ahmad Munawir Abdul Aziz, and Siti Fatimah’s counsel Ahmad Jailani Abdul Ghani for not heeding its order for both of them to hand in their written submissions to the court before Tuesday’s hearing.

“When the matter first came up before the Court of Appeal on Dec 4, the court made such an order at the request of counsel for a hearing date in one month’s time while you prepared your written submissions,” said Ibrahim.

“This order was not given weight. If not, the matter could be heard today itself. We came here for nothing. Why was the order not followed?”

Ahmad Munawir apologised, saying he misunderstood the previous quorum, comprising judges Datuk Md Yusup Che Teh, Ibrahim and Muhammad Asri, as ordering that both parties were only to present their written submissions to the court when it sat Tuesday.

Muhammad Asri expressed his dissatisfaction, saying that written submissions was a norm in court cases, and any lawyer would have understood the court’s order.

“In the interest of justice, are you ready to proceed today?” he asked, to which Ahmad Jailani responded that he would have to study Ahmad Munawir’s submissions before he could prepare his reply.

Ibrahim advised the situation should not have happened, and parties should give due attention to the court’s orders.

The court then adjourned the matter until Wednesday for hearing.

On May 8 last year, Syariah High Court judge Othman Ibrahim granted Siti Fatimah a declaration that she was no longer a Muslim and ordered MAIPP to cancel her certificate of conversion to Islam.

He said it was clear from the evidence that Siti Fatimah had not practised the teachings of Islam and had maintained her Buddhist faith.

He also said the council did not take quick action to save the faith of the convert and the council should establish procedures to ensure proper supervision of new converts.

Siti Fatimah, 40, whose Chinese name is Tan Ean Huang, from Nibong Tebal, filed the application in May 2006.

In her affidavit, she said she converted to Islam in July 1998 for the sake of marrying an Iranian, Ferdoun Ashanian, in 1999 but had not practised its teachings.

She said Ferdoun left her a few months after their marriage and she had no knowledge of his whereabouts. She also said she had maintained her Buddhist leanings and prayed to deities like Tua Pek Kong, Kuan Yin and Thi Kong.

The MAIPP filed the notice of appeal the same day. 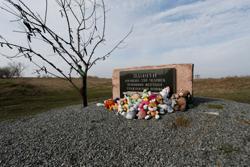