Cheras district police chief ACP Ahmad Amir Mohd Hashim said a coach from Sungai Besi stopped suddenly about 200m from the train station before it was rammed into by another train from the rear on the same track. 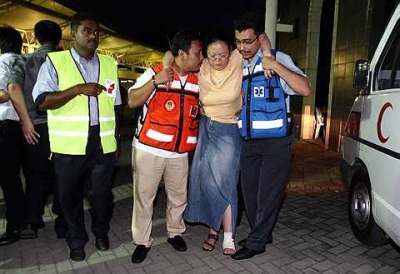 Transport Minister Datuk Ong Tee Keat, who visited the accident site and one of the injured passengers at the hospital later at night, said he would wait for the reports from investigations into the incident. 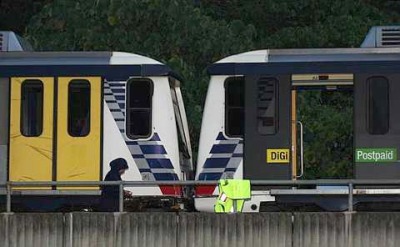 “I’m relieved to see that the injured passengers were given immediate attention and treatment as they were immediately brought to the hospital,” he said.

Road traffic safety officer R. Perumal, 48, who was in the moving train, said that everyone fell off their seats on impact.

“Everybody started panicking and some contacted their loved ones on their handphones,” said Perumal, who suffered a whiplash when he hit against handle bars.

Airline customer service officer Andrews Pillai, 42, who was trapped along with the other passengers for about 20 minutes in the stationary train, pushed the emergency door lever to get out.

“A few men and myself helped other passengers out and we walked along the tracks back to the Bukit Jalil station,” he said.