Uncle comes up with Nurin Alert

KUALA LUMPUR: The pain of having his young niece’s life viciously cut short has spurred Jasni Abdul Jalil to come up with a “Nurin Alert” emergency response plan.

“Talking and feeling helpless over Nurin’s death will not bring her back. But, we can use our feelings positively and do something,” said Jasni, who is the eldest brother of the victim’s father, Jazimin Abdul Jalil.

The plan will bring the authorities and community together to search for abducted children in the shortest time possible after they go missing.

The plan is modelled after the successful “Amber Alert” programme in the United States. Amber is the acronym for “America’s Missing: Broadcasting Emergency Response”. It was named after Amber Hagerman, a nine-year-old who was abducted and murdered in Arlington, Texas, in 1996.

Jasni, a company secretary, started the nurinjazlin.blogspot.com to help search for eight-year-old Nurin Jazlin after she went missing on Aug 20.

The “Nurin Alert” response was mooted after a commentator referred to “Amber Alert” in the blog.

Within weeks, several bloggers and Jasni agreed on the urgent need to introduce a similar system here.

Jasni said Shahrizat asked them to forward a working paper on it.

He thanked fellow bloggers Nuraina A. Samad, Tembam and Nik Faris, who have become the core group working on the project.

“We hope that Nurin Alert will eventually be realised. Nurin’s death should not be in vain, and no child should be so cruelly tortured and killed again,” said Jasni. 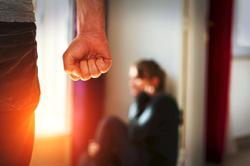 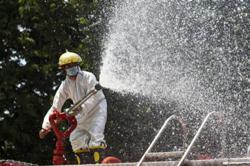